Bullet for My Valentine: Oct. 27 @ Palladium 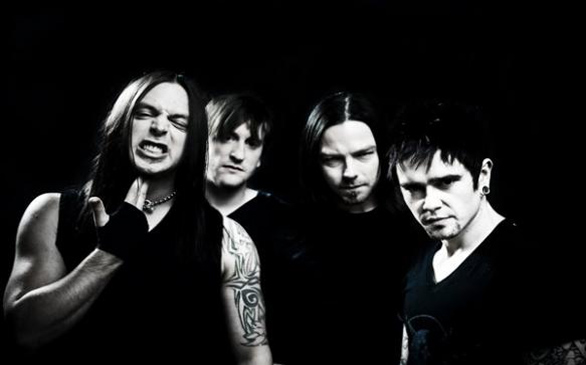 Gaining popularity via KROQ has its price. For Bullet for My Valentine it meant something good; more listeners and a band that would popularize the genre of the hardcore screamo (screaming emo) variety of which became popular back when MTV was actually showing music. IF “TRL” were still around, Bullet would be about No. 8, not quite up there with the big boys.

At the Palladium this past week, fans of all ages and backgrounds gathered to hear a band that is part hardcore and part graceful in their sound, the only thing missing was a bit more excitement from the band, something to captivate watching/hearing them on stage versus on the radio. As the mosh pitters – majority male – pushed and hammered into each other in sweaty, shirtless angst (a scene any gay man would love), the band merely played backup noise to the spectacle of the real show stealers: the audience.

I guess it’s because the band rarely moved on staged, and their antics were a bit forced. When you scream, “Why are you standing around like fucking little girls?” and about half of your audience is female, well then some are definitely going to just stand around.

Bullet for My Valentine did have some redeeming qualities, many of their more popular songs had the audience mesmerized with lighters in the air and cameras pressed on record. Other than that there were moments the band seemed to be losing the audience. Still, Bullet is a hot commodity for fans of scream singing, having one of the most diverse crowds I’ve ever seen. They just need to do what all mosh pitters do: let go.