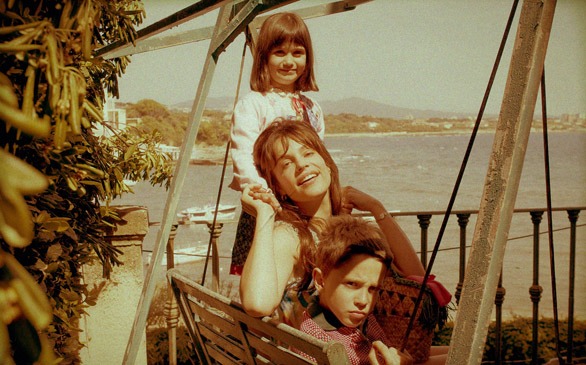 I’m Italian and damn proud of it. It comes with the territory. You have to admit, Snooki and her minions at the Jersey Shore may not have the classy act down, but they will sport the green, white and red until well past the day their hair can’t be jelled. It is part of our culture and the way we are raised. It is absolutely not a stereotype that Italian mothers are concerned most with feeding their children or that Italian men really do have tempers.

America may have the monopoly on Hollywood films, which geographically makes sense, but Italy has an amazing filmic history that has influenced decades’ worth of filmmakers in its wake. Possibly the most influential guido to make movies that reached an international platform is Federico Fellini, the master of Italian neorealism. Known for his combination of fantastical and baroque images, Fellini was first inspired by his fellow countryman, Roberto Rossellini.

In fact, as a side note of history forgone, Fellini co-wrote Open City, the film that Rossellini would direct and that would initially catch the eye of movie star Ingrid Bergman. She was so swept up by the film that she eventually left her husband and small child to move to Italy and make movies with Rossellini, thereby ensuring her fall from grace and virtually spurring the advent of tabloid journalism.

However, Fellini is best known for 8½, a semi-self biographical film and self-referential title that referred to the number of films he had made up until this point. The recent musical Nine was based on Fellini’s process of and life leading up to making 8½.

Most notoriously, his film La Dolce Vita broke all box office records. Crowds waited hours in line to see an “immoral movie” before strict censors banned it. Scalpers even sold tickets to the film for 1,000 lire. The film was so scandalous that at one screening in Milan a patron spat on Fellini. As The Social Network professes on every poster from here to Beijing, “You don’t get to 500 million friends without making a few enemies.”

Fellini did just that: He was willing to sacrifice his reputation and good standing with film censors to create works that are still in our vernacular to this day. Contemporary filmmakers like Woody Allen, Terry Gilliam and Italian-American Martin Scorsese have cited Fellini’s influence on their work.

As a nifty transition into this week’s Projections, my love of my Italian heritage can be a newfound love for you as well, whether or not you are of Italian descent. An exhibit titled 50’s and La Dolce Vita Style is a unique homage to the 50th anniversary of Federico Fellini’s masterpiece La Dolce Vita, opening Nov. 10 at the Italian Cultural Institute of Los Angeles.

Cinecittà Luce and the American Cinematheque have had a partnership for 15 years in which time they have brought to Los Angeles a selection of the finest contemporary Italian films that have made an impact on both Italian and International audiences.

Cinema Italian Style 2010 runs through Nov. 20 at the Aero Theatre in Santa Monica and at the Spielberg Theatre at the Egyptian in Hollywood. A few films in the series are: La nostra vita (Our Life) by Daniele Luchetti, which won Best Actor (Elio Germano) at this year’s Cannes International Film Festival; Baciami ancora (Kiss Me Again) by Gabriele Muccino, with Q&A with director and actor Pierfrancesco Favino; and L’uomo che verra (The Man Who Will Come) by Giorgio Diritti and introduced by actress Alba Rohrwacher.

The best part about being Italian is that we are not exclusive. Really and truly, the more the merrier makes the party. As hard as we may try, you can’t take the Italian out of Hollywood.