"The Big C": And All This Time You Thought Cancer Wasn’t Funny 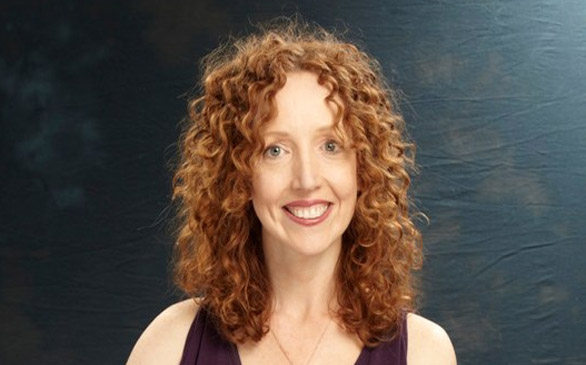 It claims the lives of millions the world over each year. But who knew that cancer would prove to be such a breath of fresh air in programming? Showtime’s hit series “The Big C” has taken the once taboo subject and turned it into a warm and endearing dark comedy starring Laura Linney. As Cathy, she injects wit, sarcasm and heart into a woman who has just learned that she has stage IV melanoma and probably won’t live for much longer. Now, for a series that tackles such heady subject matter, you’d think that its creator would be a survivor, or at least a member of the medical profession. But that’s not the case. The show is the brainchild of Darlene Hunt.

Hunt (who also serves as one of the executive producers on “The Big C”) comes from the improvisational comedy community. She got the idea for the show when she had her first child and was confronted with her own mortality. After the epiphany, Hunt shopped the project to a number of networks and received a ton of interest.

“ABC actually made us an offer, and they really advocated for it,” she explains.

But in the end, she realized that she would have much more freedom to explore many of the show’s central themes while working within the liberal sphere of cable television.

“The Big C” has taken great care to showcase a broad spectrum of talent. Along with Linney, there are a number of excellent and well-respected performers who are also in the cast and among its guest stars. Academy Award nominee Gabourey Sidibe has a recurring role as Andrea, the bitchy high school student in Cathy’s class. Her role happened – in part – thanks to the enthusiasm of test audiences who saw Sidibe in early episodes and couldn’t get enough.

“She’s one of those people who, when you mention her name, people just light up,” says Hunt. “She just walked in and auditioned for us and was great.”

British import Idris Elba (Takers) was cast as Lenny – the school’s muralist and Cathy’s side project love interest. “Sex and the City” alum Cynthia Nixon (that’s Miranda to you and me) has signed on as the romantic interest of Cathy’s brother, Sean (actor John Benjamin Hickey). Phyllis Somerville, whom many may remember as the long-suffering mother in Little Children, plays Marlene, Cathy’s sharp-tongued elderly neighbor. And celebrated actor of both stage and screen Oliver Platt is Cathy’s man-child husband, Paul.

There has been much talk since “The Big C” debuted about some of the wild and brash choices that Linney’s character makes throughout her journey. While various portrayals of cancer patients in the past have been dramatic and tearful, many blogs are abuzz with comments about the character’s selfish behavior and lack of compassion for those around her. Hunt notes that it was not her intention to make a drama in the first place.

“I sort of like writing laughter-through-tears-comedy,” she says, adding, “I like to write about truth. And I think a lot of people are touched by truth. I like to be a writer-slash-champion for the everyman.”

For fans of the show, that’s been one of the key ingredients to keep them coming back each week. From the no-holds-barred language to the youthful rebellion demonstrated by both the adult and teenage characters, Hunt’s pet project is a subject on a lot of lips these days. Cathy will eventually have to succumb to her disease, however. This is not lost on its creator who resolved the issue of Cathy’s cancer progression during the show’s development.

Since stage IV cancer – in Cathy’s case – is terminal and untreatable, it leaves one to wonder how that will play out on TV. After all, early in the show, Cathy and her doctor discuss that she realistically may have only a year or so left to live.

“I've always told Showtime I could give them six seasons,” explains Hunt. “So each season [of the show] is an actual season [in Cathy’s life].”