"Backwash": Makes You Crackle Up 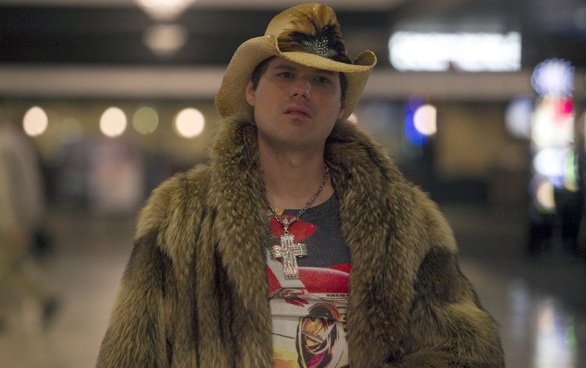 Some major stars are lending their talent to the new Web series “Backwash” (premiering Nov. 15 on Crackle.com). Each episode is a chapter from a supposed lost novel by William Makepeace Thackeray and is framed by a pretentious “Masterpiece Theatre”-type introduction with guest hosts like Jon Hamm, Sarah Silverman and Hank Azaria.

The show centers on three very odd friends, played by Michael Ian Black, Joshua Malina (“West Wing”) and Michael Panes, and takes place in the kind of fast-talking absurdist world perfected by Black and his “Stella” cohorts. When Panes’ dim-witted character accidentally robs a bank with a salami, the three friends hit the road in an ice cream truck to search for a new life.

Each episode of the micro-budget Webcom runs about seven minutes. The creators promise to add animation and song-and-dance numbers to the absurd mix in future installments. Danny Leiner (Harold & Kumar Go to White Castle) directed the script by Malina.

A new episode airs every Monday and Wednesday through Dec. 20.

For more information, visit crackle.com.
Article posted on 11/11/2010
This article has been viewed 2023 times.