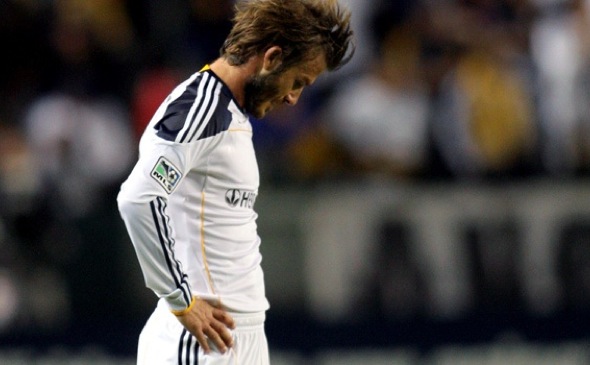 Questionable officiating contributed to an FC Dallas 3-0 victory over the Galaxy in the Western Conference Championship at the Home Depot Center before a sold-out crowd Nov. 14.

“We had no excuses. We were outplayed. We were certainly in position in the first half to get a lead and maybe take control of the game, but we failed on that,” Galaxy head coach Bruce Arena says.

Los Angeles held many opportunities to score, but FC Dallas goalkeeper Kevin Hartman made crucial saves throughout the match. One of the most prominent stops came early in the first half after Brazilian midfielder Juninho carried the ball past two defenders. Juninho then fired a right-footed shot, but Hartman was there to make the save and keep the game scoreless.

Both forward Mike Magee and midfielder David Beckham had their own share of long-distance shots, but Hartman managed to make acrobatic dives to prevent the Galaxy from scoring. In the 26th minute of play, Colombian forward David Ferreira collected a pass from Honduran Marvin Chavez inches outside the box. Ferreira made a move to his right before releasing an eventual goal past goalkeeper Donovan Ricketts. Prior to that play, defender Eddie Lewis appeared to have been fouled, but no call was made. On top of that, Ferreira seemed to be offsides.

“Maybe a couple of calls didn’t go our way, but that is part of it. If you play in this league, the officiating sometimes doesn’t go your way,” Arena says.

Moments after, midfielder Landon Donovan connected on a potent low left-footed kick from 14 yards out of the left flank, but Hartman made a diving stop.

“I think at the end of the day it was pretty simple; they made the plays they needed. They had five shots on goal and scored three. We had a bunch more and didn’t score,” Donovan says. “Their goalie played out of his mind. In soccer, a goalie can be a great equalizer, and he certainly was tonight.”

The second half proved to be more of the same for Los Angeles, who blasted shot after shot but could not convert on any given chance. Meanwhile, FC Dallas found two additional goals on behalf of George John and Chavez.

With the win, FC Dallas face the Colorado Rapids Nov. 21, for the MLS Cup in Toronto, Canada.

Los Angeles is now out of competition for a while, but Beckham is hopeful for the future. “We’re a good team, a good team of young players, and we’ll get over this and push forward for next season,” he assures.