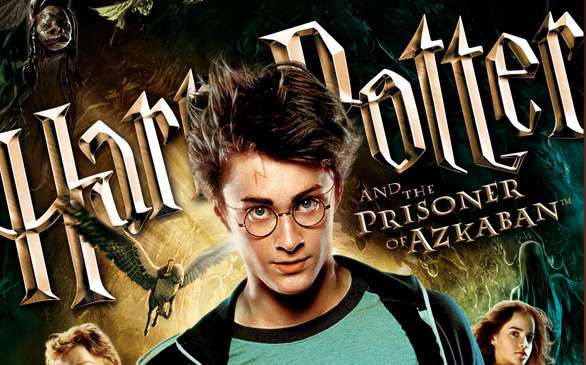 Blu Notes: For the Hogwarts devotee in the family, the Harry Potter Ultimate Edition Blu-rays are a must-have. Prisoner of Azkaban and Goblet of Fire come to hi-def in three-disc editions packed with bonus features, including conversations with the cast, photo books, character cards and more.

The Vault: Fifteen films from one of the all-time great directors make up The Elia Kazan Collection. Kazan was an actor’s director, guiding some of cinema’s landmark performances, from Marlon Brando in A Streetcar Named Desire and On the Waterfront to James Dean in East of Eden. Other films include A Face in the Crowd, Panic in the Streets, Splendor in the Grass and more. Also included is a warts-and-all documentary on Kazan by Martin Scorsese.

The Idiotbox: Deadwood: The Complete Series (Blu-ray available Nov. 23) – Ian McShane created one of the greatest characters in TV history with Al Swearengen, the foul-mouthed saloon owner in the mining town of Deadwood. Timothy Olyphant is the reluctant sheriff trying to keep the hotbed of greed from descending into total anarchy.

Sex and the City: The Complete Collection is the ultimate collector’s set for devotees of Carrie and the girls. This 20-disc set includes every episode of the TV series along with both theatrical films, plus an all-new bonus disc featuring a roundtable discussion with the show’s writers. Also included are alternate endings, commentary tracks and a fashion-style photo book.

Featuring 50 remastered episodes handpicked by one of the show’s original producers, Tonight: Four Decades of the Tonight Show starring Johnny Carson brings together over 30 hours of the king of late night. Featuring appearances by Woody Allen, Muhammad Ali, the Jackson 5, Richard Pryor, Steve Martin, George Carlin, Bill Clinton and more, this is an amazing collection. Also included are some of Carson’s earliest episodes long thought lost, which are available for the first time.

The entire run of everyone’s favorite OCD P.I. is now available in Monk: The Complete Series. Tony Shalhoub probably had to add on a new room to his house for all the awards he racked up over the show’s eight seasons. The dramedy follows a brilliant former police detective who, following the murder of his wife, develops a number of crippling phobias. Now, he’s out to prove himself to get back on the force.

The Pacific is an epic 10-part HBO miniseries from producers Tom Hanks, Steven Spielberg and Gary Goetzman, the team behind Band of Brothers. This series takes you to a side of WWII seen less often, the Pacific theater. With stunning, visceral cinematography, it follows three real-life marines through the horrors of Iwo Jima and Okinawa. Also included are profiles of the real people the series was based on, historical documentaries and a making of the series.

Under the Radar: Oscilloscope’s “Circle of Trust” subscription is the perfect gift for lovers of independent cinema. The distributor has carved out a unique niche bringing small, thoughtful independent films to DVD with loving Criterion-esque treatment. The subscription service gets you the next 10 releases delivered to your home a month before their street dates, plus half-off of one of each of the titles from their existing catalog. Previous releases include: Wendy and Lucy with Michelle Williams and documentaries The Garden and Flow.