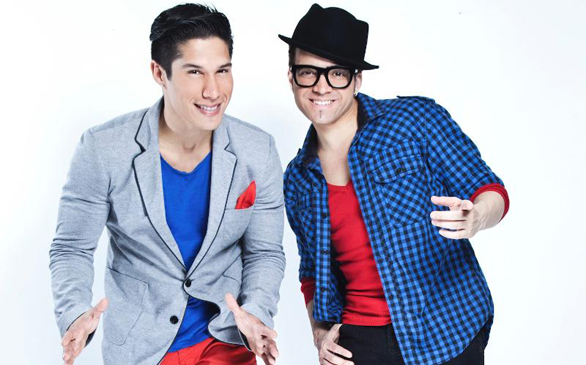 Andrew McMahon has lived quite a life in just 28 years. Not only is he the frontman for two well-loved and respected bands, Jack’s Mannequin and Something Corporate, but he also endured through a tough battle with leukemia. After surviving the ordeal, he started the Dear Jack Foundation in an effort to raise awareness and funds for cancer treatment and research. On Nov. 18, he performs with both bands at the El Rey Theatre for the foundation’s first annual benefit concert.

“Over the years we’ve been raising money through a number of different vehicles, whether it be tours where we dedicate a lot of the profits to a charity, etc.,” McMahon explains. “This year it occurred to us if we could keep it local, rather than spend the kind of money that requires you to get on the road and run around, that we might be able to make a little bit more money. We’re hoping that this is the first of many of these events to come.”

Throughout the years fans have stuck by his side and readily embraced similar kinds of efforts, the outreach of which isn’t lost on McMahon.

“I never anticipate that just because you’re a fan of the band you’re going to in turn be somebody who supports a very specific and personal goal of mine,” he admits.

With last year’s release of Dear Jack, a documentary chronicling McMahon’s fight, the foundation went out on its first Warped Tour over the summer and hopes to raise more money this year than ever before. Recently, it has been very active with events such as the Leukemia & Lymphoma Society’s Night Walk.

“Every year it seems we make a little bit more and more people find out about it,” McMahon adds, although he’s also careful not to become too complacent. “While I’m always impressed and always excited, I always feel like we could do more.”

This fall McMahon, an L.A. resident who attended high school in nearby Dana Point, wrapped a reunion tour with Something Corporate, although he says not to expect any new music from the group in the foreseeable future, and is now in the thick of recording Jack’s Mannequin’s third album, which ideally will be out by next summer.

“A lot of this record will be like Everything In Transit,” McMahon says, referring to Jack’s debut album that was finished right before his diagnosis. “That record was a very interesting time, almost like a coming-of-age sort of thing. It was me coming from the Something Corporate thing and starting to find my feet. Glass Passenger, for me that record in a lot of ways was about what I would consider a very turbulent time. I was sort of finding my peace after this crazy crisis that I was in. I would like to think that this newest record is going to be about where I’ve arrived at.”

“I find that a lot of these songs are hammering home on the themes and complexities of love and how that plays into a life,” he continues. “There are a lot of songs that speak to a life that’s finally found, whether it be settling or at least a greater understanding of how far I’ve come the past five or 10 years.”

The band is also choosing to forgo the shiny pop production approach that has become so popular in recent times, instead relying on being stripped down and recording live.

Meanwhile, McMahon’s health remains as strong ever, and 2010 is his fifth year in remission.

“They never call leukemia a cure, but after five years they definitely say your chances of relapse go down significantly,” he says. “This is a milestone that needless to say I’ve been very eager to reach since I was diagnosed. At times it felt like I never would reach it or it was so far away. It’s been a big celebration this year, kind of feeling like that part of my life is behind me. Obviously not the fight to help other people, but my own personal fight seems pretty far in the distance right now.”

The Dear Jack Benefit Show is Nov. 18 at the El Rey. For more information, visit jacksmannequin.com.