Daedelus: And His Many Magical Properties 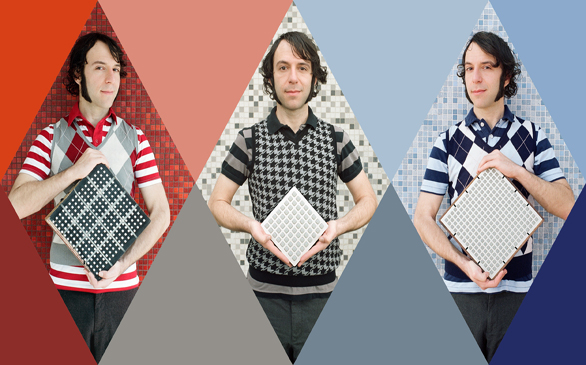 Hailing from Los Angeles, Daedelus (Alfred Darlington) was exposed to a wide variety of music at a young age, a factor that influences his musicality as he continues to break barriers in the electronic music genre. I touched base with Daedelus before he set off on the Magical Properties Tour, which concludes in Los Angeles Nov. 20 with the Gaslamp Killer, Free the Robots, Samiyam and Teebs.

“It’s nice to have a homecoming,” he says. “L.A. is really home base, and it feels really welcoming. Almost everyone that’s on tour is pretty much originally from, or close to, L.A.; so it’s very close to heart. And having it conclude there is really just a way of saying thanks to all the people who have been a part of your lives and, hopefully, not being too weary of the road at that point.”

Los Angeles is not only the conclusion of Daedelus’ tour, but also the city in which he was exposed to interesting music that would later lay the groundwork for his own musical style and sound.

“Very luckily, growing up in L.A. the radio waves were filled with lots of different sounds. It was from a different time period. Whereas we’re at this kind of advent with Internet culture where music – any kind or genre of music – is available at just a click of a button, a download, away. It used to be a little harder to seek and find,” he says. “I think it’s fantastic; downloading is really a wonderful thing. People can have access to this kind of music at any moment. It’s kind of tough sometimes when people intend music to be in a record format, and a lot of times while downloading people just kind of pick and choose what suits them or what the popular hit is, so they miss some of the deeper album cuts.”

“I know over time discovering some records that have lived with me for a long time, it’s not necessarily the hit single that is what ends up lasting with me the longest. It’s the b-side or the deep album cut that sometimes really is the most rewarding, as it was intended,” he continues. “That’s a little bit of a frustration with downloading, but I wouldn’t be talking with you today if it weren’t for downloading. So I’m very, very grateful to that as an avenue for an independent musician like myself.”

Also adding to the list of influences for Daedelus is his parents’ record collection filled with “challenging, progressive music,” as well as his older sister’s taste of new wave, Goth and other ’80s music.

“It’s a funny mix to have in my back pocket, but I’m very happy now that I have a background in some melody and some genres that I wouldn’t normally listen to growing up.”

Although Daedelus admits to feeling “kind of dizzy at all the prospects of music.”

He shares some of the tracks he’s particularly interested in today: “I listen to certainly a lot of my peers from Los Angeles. A lot of this kind of beat scene music is very much in my rotation all the time. And then I also have a real soft spot for film music from the ’60s and ’50s – so a lot of Bernard Herrmann and Ennio Morricone and John Barry; people like that – they make up my regular stew.”

With such a whirlwind of different styles of music surrounding him, Daedelus still manages to create a distinct sound in his music. he explains that part of this is due to the feeling he puts into his music.

He continues to tell me how this is an optimistic view, and that his music may sound more like what people traditionally think of as electronic. He hopes to “transcend that to a degree,” however.

Daedelus was the greatest inventor in Greek mythology. My interviewee took his stage name from this, because when he was young he dreamed of being an inventor.

“I really wanted that,” he says. “I thought it would be a beautiful life – creating things. I was terrible at it."

I believe now is a good time to interject that Darlington is an inventor of music, so it seems to have worked out.

He says, “One of the things that kept me interested in Daedelus over all these years since I was a young kid was his tragedy. He was a sad figure at times. And I would like to think that, I don’t know, my music has an ounce of that as well.”