18 and Adopted: Where to Go From Here 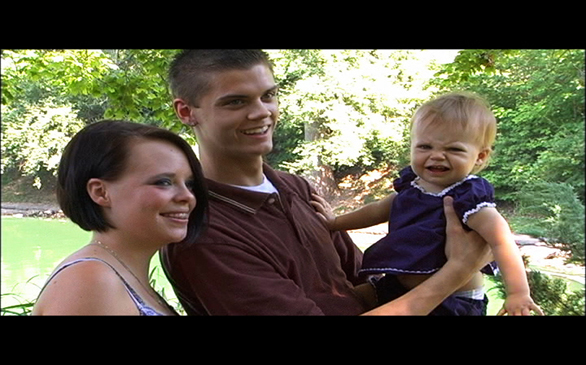 Over the past few decades, adoption numbers in the United States have grown exponentially. It is estimated that two percent of the U.S. population, or about six million Americans, are adoptees. There are numerous reasons why birth parents opt to place their children for adoption. Some fear the economic hardships associated with child rearing. Others take issue with the stress that a child would have on their lives. And for others, there may be issues of physical or mental health at stake.

Adoption records that were sealed at the time of the child’s birth usually become available upon the child’s 18th birthday. That’s when the state in which the adoption took place unseals the records (including the name of the birth parents, previous address and other pertinent details) making all parties in the adoption available for contact. In some cases, either party may reserve the right to refuse or deny contact. Some birth families may not wish to revisit the trying time in which their child was adopted and therefore, could refuse to acknowledge the adoptee. However, there are some instances in which an adoptee could refuse to get to know one or both birth parents out of loyalty to their adoptive family or because of anger stemming from being placed with a new family.

Some notable adoptions have taken place in the public eye. Classic silver screen star Joan Crawford adopted two children, Christina and Christopher Crawford. Although the leading lady had a rocky relationship with both children, she was one of the first stars in Hollywood to be open about the process. In the 1990s, television star Roseanne (then married to actor Tom Arnold) came forward with news that she had given birth to a daughter nearly 20 years earlier. She and her daughter were reunited, and Roseanne even hired the young woman to work on her hit show. Catelynn Lowell and Tyler Baltierra, who have been heavily featured on MTV’s hit show “Teen Mom,” placed their newborn daughter, Carly, with an adoptive family. The entire process was shown on the cable network. More recently, singer Madonna has adopted two African children, David and Mercy. Brad Pitt and Angelina Jolie are also the proud parents of three adopted children of other races.

Transracial adoption (which occurs when the adoptive parents are of a different ethnicity than the adopted child) has become a widely accepted form of the practice over the past decade. Many private adoption agencies concede that there is a higher need for placement of minority children in the United States. There are also lower fees associated with the adoption of non-white children, which gives prospective parents incentive to choose children from other races.

The Internet is rife with resources available to reunite birth parents with the children they placed for adoption. Iwasadopted.com is an excellent site that helps parents and children who are both in full accord and wish to find each other. The site has a number of microsites as well that can find matches across a number of countries. So if a European child was adopted by an American family, this site is an excellent place to start. OmniTrace also offers search options for those involved with adoptions. State agencies provide excellent information, although, be warned: Your case may not be their top priority, so expect of bit of red tape when going through the government. If an adopted child or his/her biological parents have enough basic information to get their search started, there are plenty of everyday starting points to make initial contact. Facebook is widely used and therefore, an easy and neutral way to break the ice. People have easily reconnected by privately messaging each other via the service. E-mail is also a viable way to make an initial introduction, although, it requires one party to know the other’s address.

Since adoption is never an easy process on anyone involved, it’s important that adopted children, birth parents and even adoptive parents work hard to support each other and respect whatever decisions arise from their joint situation. Being 18 and adopted can open up a whole new world to any adoptee willing to explore their options.