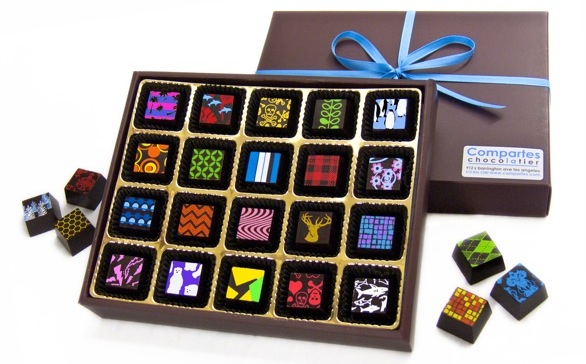 I’m not sure if I have ever surveyed my dinner options for an evening and said the words, “Boy, I sure feel like Peruvian tonight.” Of course, since it’s not 1950, I rarely start a sentence with “Boy,” but you know what I mean. For some reason, Peruvian hasn’t had the same cache as other Latin cuisines such as Mexican, Argentine or even Brazilian.

A recent trip to the Westside brought me to Qusqo, a three-year-old establishment that offers Peruvian cuisine in a refined but comfortable atmosphere. Qusqo is literally translated as “the navel of the world, the center of nourishment,” which shows me that the owners view food not just as sustenance but spiritual nourishment as well.

This is also reflected in the fact that in addition to being a restaurant, Qusqo is an art gallery. One of the first things I noticed when I walked in was the art on the wall. Speaking to the owner, Lucy, she said that most of the art is sourced from local artists who donate part of their sale proceeds to charities. Qusqo’s goal is to not only nourish the body but the spirit as well.

The Qusqo menu also gives the uneducated (such as me) a bit of background on how Peruvian cuisine was influenced by a diverse mix of immigrants from China, Italy, West Africa and Japan. The result is a unique and delicious blending of flavors and cooking techniques.

Normally I begin a dinner meal with an adult beverage, but our server, Juan, described a chicha morada I couldn’t pass up. It is purple corn juice boiled with apple, cinnamon, pineapple, clove and lime juice. Sweet, but not sickly sweet, the cinnamon and clove really captures the essence of fall.

We started with three appetizers; two of them featuring Peruvian staples – corn and fish. Being the biggest corn on the cob fan in the world, there was no way I was passing on the Jumbo Corn and Cheese. Juan forewarned that this corn is unlike the Fourth of July staple I was used to. Peruvian corn is not sweet, but has large, meaty kernels that have a consistency more akin to hominy than sweet corn. Bathed in a jack and cheddar cheese sauce, I could have eaten two ears myself.

The second successful appetizer is the ceviche, another classic Peruvian dish. Large chunks of white fish swim in a lime and onion broth, which “cooks” the fish without the use of heat. It’s light, refreshing and large enough for two to split. Not so successful was the fried chicken bites. Sounds simple enough but maybe too simple. The bites of fried chicken were overcooked and rubbery.

For the main course, we chose the Lomo Saltado, which really shows the Asian influence of Peruvian cuisine. Lomo Saltado is a Peruvian wok stir-fry that combines lean beef with sautéed onions, tomatoes, chilies and potatoes. The beef is perfectly cooked, and the addition of potatoes creates a new twist on the classic “meat and potatoes” dish.

The Pescado a lo Macho is lightly fried red snapper topped with sautéed scallops, shrimp and calamari in a slightly spicy pepper sauce, served with steamed rice. Here the Italian influence comes through as one could imagine this seafood mix in tomato sauce also working well with linguini. The sauce is light and doesn’t overpower the subtle flavor of the seafood. The shrimp in particular are delicious, plump and crispy to the bite. The calamari was also well cooked, not chewy at all, which is a challenge with baby calamari.

After all the previous dishes, we could only muster the energy for one dessert dish. The dessert was a Sopresa de Chocolate, or Chocolate Surprise. The surprise is a nugget of vanilla ice cream ensconced in chocolate hazelnut deliciousness. Garnished with sliced raspberries and dusted with cinnamon, the plate is a work of art, befitting the restaurant itself.

Qusqo is a warm and inviting place, perfect for a date or dinner with friends. Prices are reasonable and beer, wine and, of course, sangria are available. Daily happy hour is from 5:30 p.m. to 7:30 p.m.