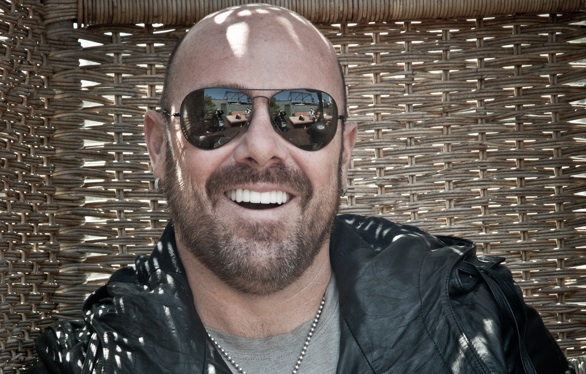 Although Jason Bonham may have the arms (and otherwise solid build) of WWE wrestler Stone Cold Steve Austin, he’s got the heart and tear ducts of a boy who can play the drums, and who really misses his dad.

Bonham, son of the late John “Bonzo” Bonham, is likely very sick of critics’ often shallow headlines that have unanimously cropped up in response to his Led Zeppelin Experience Tour running course this fall. Despite its growing praises, headlines like “Jason Bonham Wishes He Was His Dad” force me to question publishers, writers and critics around the globe.

“Riding I guess in [dad’s] shadows, alcohol could make that a very dark place,” Bonham says. And having lost him at 14, and having to think, “‘Wow, I’m being compared to my dad!’ It’s a positive feeling. It still makes me childlike when I think of it.”

If there ever was a situation that could be a more humble celebration of not only one’s lost parent, but one of the top three greatest rock ’n’ roll drummers in the history of the genre, I’m pressed to find one which trumps this.

Why, you ask? Because Jason Bonham leaves the possession out of the word “ego,” admits he’s not looking to replicate his father and whenever he gets a chance, he says, “How could I? That’s ridiculous. He’s dad. The best in his league.”

Sorry kids, I’d probably resist parent/teacher day at school if I were you, because none of your dad’s can friggin’ touch John Bonham!

What Bonham is doing with this Experience is showcasing a very public display of his own passage and journey through a highly produced, storytelling stage show and concert. We all surely mourn our losses in different ways, however as Bonham rolls out his obituary some 40 years after his father’s passing, he brings himself, his life and his grasp of the epic tale to a touring stage.

“This is a personal journey of mine, for dad,” says Bonham. “It’s the Jason Bonham Led Zeppelin Experience, as it goes through the years of my earliest memory to my playing with them, which should make it somewhat different. And that’s the only reason I agreed to do it – if I could pair music with storyteller, go back in time and pair home movies, old pictures, personal stuff with key moments I’ve remembered throughout their career, and my life ... as it relates.”

Growing up myself listening to John Bonham’s studio drum outtakes – and simultaneously germinating somewhat of an egomaniacal Lester Bangs-ish bout in rock snobbery – I can’t help but think how, if I had the talent and could present a viable and credible tribute to my father (also a drummer) ... that I would. Since figures like John Bonham, Ginger Baker and Keith Moon exist to us now only on the analog recordings that many of us still go Bonzo(!) over, how cool to get a firsthand recount of the love, struggle and heartbreak of being a child, exposed to the coolest thing in the world, for a glimpse, and from then on, what it’s like being forced to learn and understand the space you move around in, touching the center of it all.

“Dad was an iconic legend, a top three drummer in the world ever. It’s pretty hard for me to get away from that – and to be compared to it – you’ve got to take it as a pretty good compliment to even be in that league. You’ve got to take it how it was. He was the master, and I am the pupil,” Bonham says.

“I like playing the Zeppelin stuff with the true feeling of what he taught me, which was to be sparing but also dynamic and explosive at the same time.”

And this guy, Jason Bonham, knows what he’s got? He’s got Bonzo’s blood running through his veins, beating oxygen to his heart and likely, urging him to follow it.