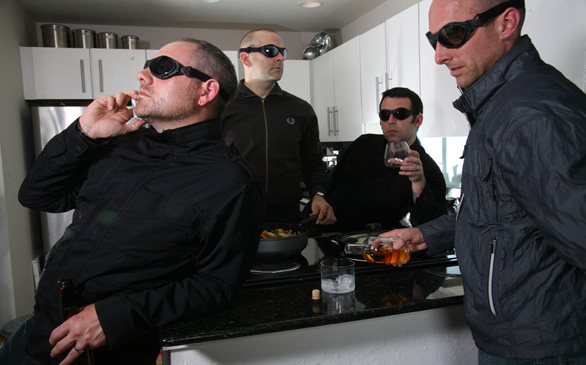 There’s a thrilling sensation in the beats of Jupe Jupe. They bring the eerie spacey, sci-fi sounds and dusted glam together and create a different kind of pop that’s a little bit of Depeche Mode, New Order and Hot Chip. If you’re looking to drift and flow in your dance moves, Jupe Jupe’s first full-length album, Invaders, is the ticket that’ll get you to trance-opia faster than you can say “glow sticks.”

Bryan Manzo, My Young, Patrick Partington and Jarrod Arbini are the guys behind the fancy jams. Though their songs might sound like indie-but-trendy Los Angeles, this band is from Seattle, Wash. Most of their songs, such as hypnotic tunes “Something About Love,” “Saturday, A Lovely Day” and “If I Could Go Back In Time,” have a complete vibe that’s totally big, puffed hair and neon gloves. It’s as though the ’80s have re-emerged but in a modern, reinvented-but-not-as-cool kind of way.

It sounds good, but three songs in and it feels as though the album is actually a really long mix, with the same synth-noir notes and thick, low-pitched vocals. That said, we wouldn’t be too ecstatic about being invaded by Jupe Jupe if it meant listening to their songs over and over again.