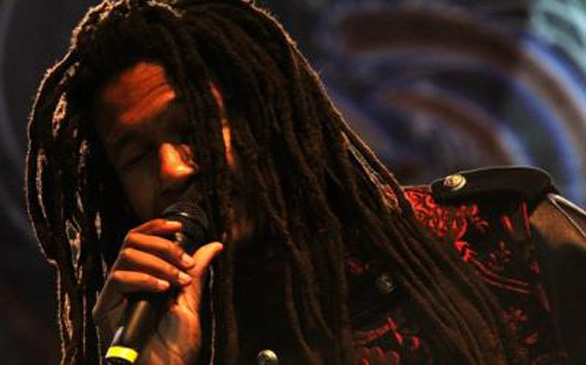 Kevens is a Miami-based musician who in the past has made traditional reggae music, but We Are One is an album inspired more by the melting pot of sounds coming out of the Miami nightclub scene and not by old school reggae. “HalleluJAH” begins with a dub effects heavy homage to Jah but quickly veers into a jazzy groove that sounds like early Police with a bit of dancehall toasting mixed in while the horn parts on “Misery” add Latin flavor to the mix.

Kevens’ stated mission is to take reggae to a new level, to evolve the sound; with songs like the Capleton-lite “Breakdown the Walls” and a freaky version of the Police’s “Don’t Stand So Close To Me,” it’s hard to say whether he’s evolved the sound or blown it completely apart. The spy-guitar driven madness of “How Could You” is a perfect example; the song reminds a bit of the Two Tone ska bands but it is just delightfully weird, not ska.

When Kevens chooses to tune into the classic reggae sound he does it extremely well as the Marley-like “Open Your Eyes” proves, but if that’s what you’re looking for you need to look elsewhere. On the other hand, if you’re an adventurous listener who appreciates that same quality in the music you listen to it’s hard not to be taken with We Are One.

We Are One is currently available.