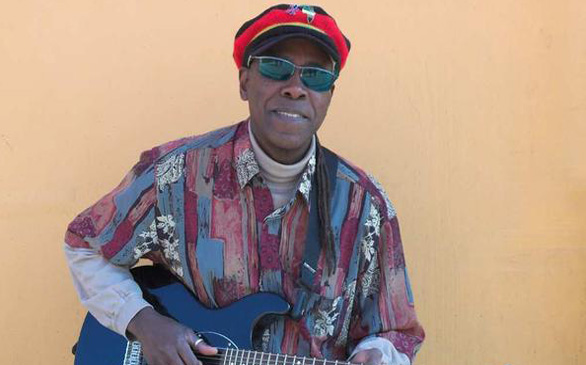 Collectors of African rock rarities are in for a treat with this definitive new release from Now Again. Few have delved into the popular culture of ’70s Zambia to be sure, and unfortunately until recently, a great deal of what did survive over the decades was vinyl in a sorrowful state of decay. The progenitor of the Zamrock movement, Rikki Ililonga’s band Musi-O-Tunya rose to fame within the boundaries of his homeland, but like other Zambian musicians of the time, was largely ignored by the rest of the world.

Dark Sunrise is a two-disc retrospective of Ililonga’s early career, encompassing Musi-O-Tunya’s singles, debut album and Ililonga’s solo album that followed. The collection does him a tremendous honor, reviving these historic tracks with superior sound but also presenting them in hardbound format with extensive liner notes, including a Zamrock primer and interview with Ililonga himself.

It’s always interesting to see how rock and funk get reinterpreted when they are imported to other countries. This is especially true in the case of Africa, since it was African sensibilities that are ultimately responsible for their invention in the first place. Here, distinctly Zambian tonal qualities are magnified and rhythms of astonishing complexity come to the forefront.

That Musi-O-Tunya were not as well known as other African rockers the likes of Fela Kuti is tragic. Their music is nothing short of mind-blowing, blending distinctly African rhythms with an often-understated sax, some of the most impossibly busy bass lines I’ve ever encountered and battered by a firestorm of Ililonga’s psychedelic fuzz guitar. Ililonga’s vocals soar above the instruments, and he is clearly a formidable frontman. Traditional call and response vocal motifs form a charged interplay.

Ililonga’s solo work presented here shows another, at times more subdued side but no less impressive. The range is everything from Dylan-esque folk tunes to psych rock tracks no less impressive than anything Jimi Hendrix cranked out in his heyday. The songs, mostly in English, also contain passages in Silozi, Chinyanja and Ichibemba. In a country still emerging from the pressure of colonialism, this was an important proclamation of Zambian identity in the face of the once commonplace denigration of all things African.

This is a wonderful release, a long time coming. It’s about time that a light was shone upon this tremendous, overlooked talent. Now Again has unearthed a real treasure.