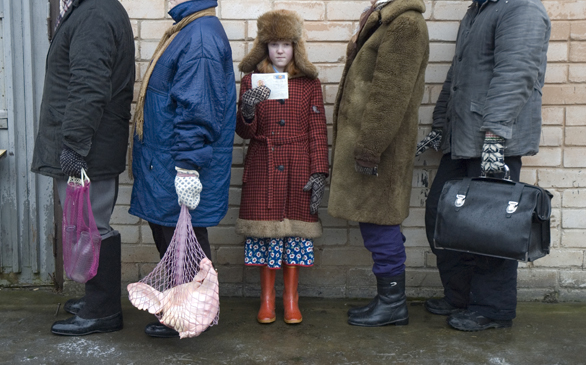 Was the hit American TV show “Dallas” responsible for the fall of Communism in Estonia? Was David Hasselhoff the West’s secret weapon against the USSR’s grasp on the Balkans? It sounds too absurd to be true. But it just might be. And that’s the premise behind the new documentary Disco and Atomic War.

A very personal look at a pivotal time in the Cold War, director Jaak Kilmi recounts his family’s involvement in the illegal doctoring of televisions across the city of Talinn, where thanks to an enormous multidirectional broadcasting tower in Finland, Western broadcasting could be received for the first time and overnight popular culture in Estonia was literally revolutionized.

Hilarity ensues as the film recounts the communist regime’s attempts at squashing the broadcasts. Everything from stealing people’s personal antennae to building a special net across the ocean to intercept the airwaves became legitimate plots to thwart this popular invasion of Western culture.

Meanwhile, teenagers were dancing disco, emulating punk rockers and glued to the television in awe of “Knight Rider.” Adults and children alike went to any lengths to catch the latest episode of “Dallas” or the sexually charged French flick Emmanuelle, whose broadcast may have resulted in the conception of much of the next generation.

Kilmi does an excellent job of weaving personal narratives with skillful re-enactments, photographs and archived footage. His storytelling is fluid and lighthearted as he reminds us of the universality of youth and the defiance in the face of oppression that is seen the world over.

It comes to light here that Estonia was actually the focus of a grand experiment. The United States was trying to use its soft weapon of culture to infiltrate the masses, while the Soviets at first scrambled to outwit their Western rivals and then having failed at that, counteract the damage done. Extensive tests were conducted to measure the effects of Western corruption on the Soviet citizen’s mind. Regardless of their efforts, the cracks in foundation of Soviet Estonia were already pointing toward its impending collapse.

Unfortunately, the film doesn’t tell the full story of Estonia’s break free from Soviet control and the massive civil disobedience that lead to their freedom. The subtitles are not in standard format and as a result, are oftentimes difficult to follow.

Luckily, the story told here is so compelling and enjoyable that these minor faults are easily overlooked.