Cindy Busby: Having a Big Year 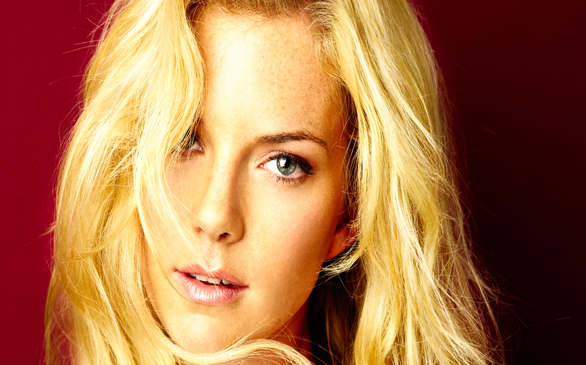 The Canadian TV show “Heartland” has arrived in the United States, but the show American viewers see in its first season is actually in its fourth in Canada, adding a layer of confusion for Busby and her fellow actors.

“I definitely have to think about what I say before I say it,” admits Busby. “I don’t want to say too much because things have changed a lot since the first season. After a while, it kind of meshes into one, so I hardly remember what happens. I’ve been trying to remember all these things and look back on some of the episodes. It’s kind of fun to see how much we’ve grown in our acting and as a person.”

Busby plays Ashley Stanton, a rich girl who plays an antagonistic role to the Fleming family, the show’s main characters.

“We offer a lot of drama and challenges for the protagonists of the show,” says Busby.

“[Ashley] starts off in the show as being a little more two dimensional in a sense being the rich, popular, mean girl. But as the seasons go on, you start to realize why she does act that way, which makes her a more three-dimensional character,” she explains.

“I try to make her as real as possible,” assures Busby. “I don’t like to put her in any sort of corner. I like to give her her own personality.”

While Busby has been adding to her character, she says the cast hasn’t experienced many drastic changes, just one. The most obvious transformation is with co-star Jessica Amlee (Mallory). Amlee began the show as a 12-year-old, putting her at 16 now.

“She’s physically changed drastically since the beginning,” says Busby. “So for her it’s a big deal because people are seeing her still as a little kid, and she’s kind of grown into a woman.”

It’s only fitting that Amlee would grow up in her home away from home.

“Honestly, we’ve grown into such a family. It’s one of the best sets I’ve ever been on. Everybody is so understanding. Everybody is just so patient with one another,” boasts Busby.

“Anyone who comes to visit on set or to guest star for an episode always leaves being like, ‘Wow, this has been such an amazing experience.’ Everybody’s just so down-to-earth and has a really good time doing the work,” Busby beams.

Busby tells that it’s not all play without any work though.

“We have fun, but we also deliver great performances so we have that really great balance,” she says. “I’m so proud of the show. It’s really come a long way. It’s really cool to see a Canadian show do so well. So I’m really glad to be a part of it.”

“I feel really blessed to be a part of the movie,” she says. “I’m kind of a fan of everybody in this movie.”

“[Steve Martin] was really great. He’s an amazing performer and also a really wonderful man,” Busby tells. “I just felt it was a privilege to be in his presence let alone work with him and kind of get to know him. He keeps to himself, but he’d be funny kind of when you least expect it. It was just great to meet these people and watch them work.”

Now that she’s gotten her feet wet with film, TV and theater, Busby plans to explore her options.

“My focus right now is TV and movies. I just want to keep working on that. It does take a lot of time, auditioning and working on set. Theater is such a different feeling, and I love it so much. And I definitely want to go back to doing theater one day.”