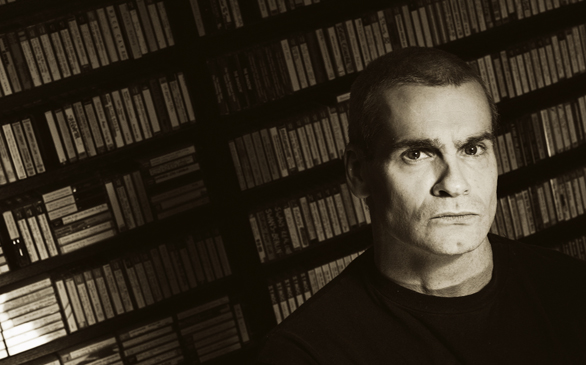 Henry Rollins has been hosting a show on KCRW for about a year and a half now, and if you listen once in awhile you know that he is very unpredictable. Rollins’ live shows can be even more surprising, and there’s no telling what’ll happen when the Black Flag and Rollins Band frontman appears at the Echoplex Dec. 9 for a one-of-a-kind DJ and spoken word show dubbed Rare Cuts and Conversation.

“I’ll play stuff that I am unable to on my regular show, due to the rare nature of the material,” says Rollins. “I’ve been planning the set for weeks and am so excited to be able to get some truly unique tracks to your ears. Basically, the Echoplex will be my living room; you are the guests and I am playing some of my coolest cuts from decades of gathering, complete with the story around the track and its acquisition.”

The show is a benefit for KCRW, but the station will not be recording the show for future playback. So if you want to see it, you’ll only have one chance. kcrw.com/rollinslive

Their set list is a bit twisted too; the entire show consists of songs by the Stooges reinterpreted by way of jazz legend John Coltrane. The all-star punk-improv jam goes down Nov. 27.

They’ll be serving up a little more than steamed dumplings at Genghis Cohen on Dec. 7; that’s the night the restaurant’s music room has a couple of upcoming acoustic acts on the menu in the form of Sarah Sample and Edie Carey. Sample, a California native, will be playing songs from her new album Someday, Someday and Carey, from Chicago, will be performing folk-rock music from her new latest album Bring the Sea. Venice folkie Mai Bloomfield plays on both albums, and Carey’s new one features guest appearances from Glen Phillips (Toad the Wet Sprocket) and Shawn Mullins.

Pop-rock band Honor Society is helping to carve a path in the age of free digital downloads via a new weekly download series called the Honor System. Every Thursday through the end of the year Honor Society will release a new song for free download at HonorSocietyMusic.com. Some songs will be brand new, some will be new versions of previously released material and all will be available only until the next freebie gets posted.

“We wanted to give back to our fans but at the same time create something special that rewarded people for finding the music early,” says lead singer Mike Bruno. “With the seven day window it allows those who know to get it and still leaves the possibility of us releasing it as part of a future commercial release.”

L.A.-based black metal group Lightning Swords of Death is getting lots of good press for their latest release, the Metal Blade offering The Extra Dimensional Wound. The album has coughed up a third single, “Invoke the Desolate One,” and the band is scheduled to play a one-off show at the Blvd. Dec. 17.

Freelance Whales have racked up an amazing million views of their “Generator 1st Floor” single; they hope to top that with a new song called “Enzymes” that’s featured in a new Twitter promo commercial. Download “Enzymes” for free at Mt. Dew’s GreenLabelSound.com page.

You might have heard some of their music earlier this year on “Jersey Shore,” now you can hear what else San Diego’s Echo Revolution has been up to courtesy of their just-released Counterfeit Sunshine. Lee Harding, the band’s frontman, has an M.S. in Physics so you can bet Counterfeit Sunshine is a very special creation.