Coffee, Tea, or Kool-Aid: Which Party Politics are You Swallowing? 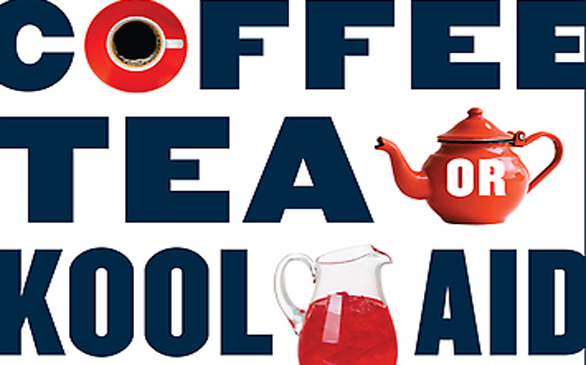 Though elections are behind us, the political propaganda the various parties have bombarded us with still remain, and, for many of us, are still very convoluted and confusing.

Coffee, Tea, or Kool-Aid is a fun, pocket-size book by Erin McHugh that explains the state of American politics, in so far as the Tea Party and its left-leaning rival group, the Coffee Party. Those who are politically savvy already know that the Tea Party is a right-leaning group that takes their name from the Boston Tea Party. Tea, in the modern sense, stands for “Taxed Enough Already” and the Teabagger’s sense that President Obama’s stimulus plan isn’t working.

McHugh humorously breaks down the politics to their nuts and bolts. Readers will be amused, educated, enlightened and empowered with the ability to understand references to the different parties and figure out why it all matters.