Hot Games for the Holidays 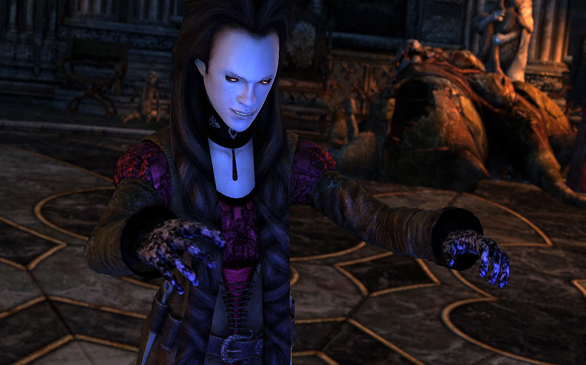 An all-star voice cast is featured in “Castlevania: Lords of Shadow.”

“Borderlands: Game of the Year Edition” – “Borderlands” combines the frantic action of a first-person shooter with the reward systems of RPGs into an original mix. Choose from one of several characters with unique abilities and back stories to defend the colonists of a distant planet from the ancient alien monsters that live there. Grab three friends for intense four-player co-op action, with an insanely expansive arsenal of guns plus vehicular combat. Also included is a voucher for all four add-on packs.

“Castlevania: Lords of Shadow” – An all-star voice cast, including Patrick Stewart, Robert Carlyle and Natascha McElhone, brings to life the latest installment of the long-running gothic action-adventure franchise. As a member of a group of holy knights you must do battle with weapons and magic against the evil souls of the dead. The game features stunning environments from gothic castles to murky forests and a balance of hack-and-slash gameplay and puzzles. Plus, you can tame beasts, from spiders to warthogs, and ride them in order to advance.

“Dead Rising 2” – Build crazy combo weapons out of nearby objects, from a pitchfork-shotgun to a kayak paddle-chainsaw, to fight off hoards of zombies and find a cure for your daughter. Plus, with new co-op play, you can take on the undead with a friend, or compete with three friends in a gladiator-style death match.

“Fallout New Vegas” – The latest in the “Fallout” franchise is a kick-ass post-apocalyptic ride through the deserts of the Mojave to the neon lights of the Vegas strip. Fend off mutant creatures with an arsenal of new weapons and melee combat moves. Explore the expansive, open world and choose your style of play. Do battle as a lone wolf or chose a side in the rival factions of New Vegas.

“Saw II: Flesh & Blood” – Step inside the gruesome and twisted world of the Saw movies with this second installment, set between the first two films. The game follows detective Tapp’s estranged son as he investigates his estranged father’s death and becomes Jigsaw’s next target. Solve Jigsaw’s diabolical puzzles to free others from deadly mechanical traps while battling off evil minions.

“Guitar Hero: Warriors of Rock” – Who doesn’t love “Guitar Hero?” This latest incarnation is tailored for the headbanger, with a redesigned guitar controller and over 90 tracks from the likes of Black Sabbath and Megadeth, as well as rock anthems from Queen and Kiss. In the new Quest mode, Gene Simmons narrates your journey, inspired by Rush’s 2112, to save rock ’n’ roll.

“Lucha Libre AAA: Heroes del Ring” – How has there not been a Mexican wrestling game before? Well there is now, and it’s a blast. Wrestle as one of 30 real-life luchadores or create and design your own character, choosing to be either a Tecnico (good guy) or a Rudo (bad guy). The game features high-flying acrobatic wrestling with signature moves and taunts. Pump up the crowd to unlock deadlier moves and win the match.

“Shaun White Skateboarding” – Change the world into a giant skatepark! Empty out fountains to create bowls and turn alleys into quarter pipes while mastering Shaun White’s arsenal of tricks, including his own invention, the Armadillo.

“Split/Second” – One of the most fun racing games to come along in awhile, “Split/Second” comes to Sony PSP. The game takes your standard racer and mixes in elements of “Mario Kart” and the movie Death Race. You are a contestant on a game show, with each episode a race on a course designed to be destroyed. By executing expert moves you build a power bar, which when full can be deployed to blow up parts of the course, from airplanes to overpasses, creating alternate course routes and stymieing your opponents. This is a high-octane assault on the senses racer. Up to four people can play against each other in wireless local multiplayer.

“LEGO Universe: The Massively Multiplayer Online Game” – Design and build your own world within a massive environment. Join the Nexus Force and save Imagination from the evil forces of Maelstrom. “LEGO Universe” is a massive, constantly evolving, online multiplayer for all ages. The software purchase includes the first month of play free.