Muscle Shoals: Has Got the Swampers (And a Whole Lot More) 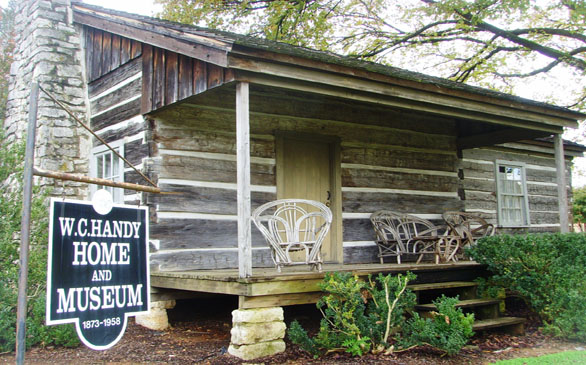 There’s a line in “Sweet Home Alabama,” the classic rock oldie by Lynyrd Skynyrd, that goes “Muscle Shoals has got the Swampers/They’ve been known to pick a song or two.” But just who were the Swampers, and why are they so revered that they’re immortalized in the lyrics of one of the biggest Southern rock hits of all time?

Muscle Shoals is a small, unassuming city on the Tennessee River in northwestern Alabama. It is indeed just regular water that flows down the Tennessee but for all intents and purposes, in Muscle Shoals, it might as well be music. Any vinyl collector who is fond of reading liner notes has probably seen Muscle Shoals mentioned time and time again in the credits. Area recording studios have been responsible for an untold number of hit records; FAME Recording Studios (fame2.com) alone has churned out hits that have sold over 350 million copies. Aretha Franklin recorded some of her biggest hits at FAME as did other soul greats like Solomon Burke, Etta James, Wilson Pickett, Bettye LaVette and Otis Redding. Little Richard, Jerry Lee Lewis and Duane Allman were just a few of the acts that built FAME’s legacy, encouraging today’s artists like Band of Horses, the Drive-By Truckers and Jason Isbell to records there.

This environment gave birth to the Muscle Shoals Rhythm Section, a versatile bunch of studio aces that played on hundreds of songs cut in Muscle Shoals. It was during a recording session that producer Denny Cordell, for no apparent reason, referred to the band as the Swampers. The nickname stuck, and the Muscle Shoals sound that the band created is still being made today by the Decoys featuring original Swampers bass player David Hood, who also happens to be the father of Patterson Hood of the Drive-By Truckers. The rest of the music scene in Muscle Shoals is going strong too; here are some places music fans won’t want to miss.

Start Here: Muscle Shoals is adjacent to Florence, Ala., and the Tourism Bureau is located at One Hightower Place, Florence. They’ll point you in the right direction for everything music-related in the area and you don’t have to go too far to get started. The legendary Sam Phillips, Sun Records founder and discoverer of Elvis Presley, was born here and there’s a historic marker on the grounds of the Marriott Shoals Hotel (marriott.com), directly adjacent to the tourism office. The hotel also has a Sam Phillips suite that includes a jukebox and Sun Records memorabilia and that is viewable on special request when the suite is not occupied. Swampers Nightclub with live music is also located here.

The Studios: FAME, the Nutt House, Cypress Moon Studios (cypressmoonproduction.com) and NoiseBlock (noiseblockmusic.com) are all working studios where music fans are usually welcome to stop by and look at memorabilia, talk to staff and maybe meet some musicians. If there’s a big recording session going on then fans can’t be admitted; otherwise these are all great places to learn about the history of music in Muscle Shoals through an informal tour as well as to see how that legacy is being built upon today. Muscle Shoals Sound (muscleshoalssound.org), where the Rolling Stones recorded “Brown Sugar” and “Wild Horses” and where Lynyrd Skynyrd cut their early sides, is now on the Register of Historic Places. Obtain directions at the tourism office.

The Alabama Music Hall of Fame: Honoring all types of music and musicians with ties to Alabama, this large museum features exhibits that include a life-size statue of country music patriarch Hank Williams, an Alabama tour bus that you can climb aboard, Sam Phillips and Sun Records memorabilia and of course a whole section dedicated to the Muscle Shoals sound. There’s also a little recording studio where you can record your own “hit.” alamhof.org.

W.C. Handy Home: The “Father of the Blues” was born in a log cabin home in Florence; tours are given of the restored cabin and adjacent museum where you can see many of Handy’s instruments and other memorabilia, including sheet music, personal papers and personal effects. Florenceal.org.

And what about those Swampers? The Decoys with original Swamper David Hood remain very much in demand for recording sessions and live appearances, and when they’re not otherwise engaged they love playing shows in Muscle Shoals. Decoys shows include a set filled with hits the Swampers played on. Check for show dates at MySpace.com/therealdecoys.