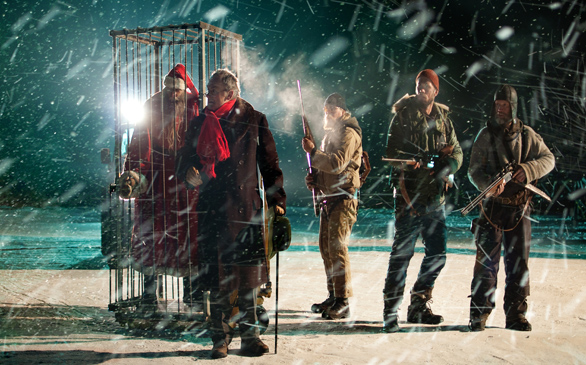 It’s that time of year. KOST 103.5 is playing Christmas music all day long and going to the mall has become less pleasurable and much more stressful. The holidays are here, and I never want them to leave. Inevitably a good slew of films dedicated to the season will be marketed toward our love of the festivities. I wish I could say I don’t fall prey to the ploys, but I’m a sucker for anything related to Christmas at the movies.

One that is particularly exciting is Rare Exports: A Christmas Tale, which is a somewhat untraditional Christmas story set in Finland. A young boy is simultaneously fascinated by and scared of the original story of Santa Claus, one in which the jolly giant is described as the curmudgeon and an evil mercenary with horns. The boy’s father sets a trap and catches a man who might very well be the creature of the folklore.

Granted, typical films being released this season are not quite as dark, and most are lighthearted, feel-good movies that bring Christmas cheer. For me, the best way to get in the spirit is to snuggle up to films that have been around for decades worth of Christmases. It’s a Wonderful Life is the quintessential holiday tearjerker, but there are plenty others that do the job just as well.

From Dec. 3 through 5, Christmas in Connecticut (1945) starring Barbara Stanwyck screens at the Old Town Music Hall. Though made over 55 years ago, the film is a classic about journalist Elizabeth Lane who is a famous food writer. Making herself out to look like a hard-working farmwoman and excellent cook, she is, in reality, an unmarried New Yorker who can’t even boil an egg. She must fool her boss who does not know that she cannot cook when he takes it upon himself to invite friends to her farm in order to taste her meals for himself. Elizabeth must learn to cook and host, or she will inevitably lose her job.