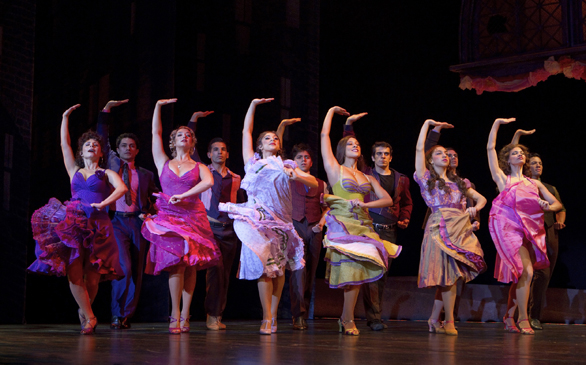 Angeleno Lauren Boyd is fulfilling two lifelong dreams at once this holiday season. Not only is she on tour with “West Side Story,” but she will be performing this month at the legendary Pantages Theatre.

“I am absolutely blessed to be performing at the Pantages,” Boyd says. “I’ve been going there seeing shows since I was a little girl. Just to walk into the theater itself and be inspired by the people on stage is amazing. That was something I definitely wanted to do.”

It’s no surprise that an actress growing up in Los Angeles would wish to perform at the Pantages, but the musical itself is especially meaningful to Boyd.

Her favorite scene is “America.” Coming from an Italian and Puerto Rican background, the number is right up her alley.

“It’s a big family and to have that kind of family-style type of scene with my cast members, it’s something I do at home,” she says. “We always have these big parties and gatherings. There’s always a lot of food and loud talking, and it’s always so much fun.”

This tour isn’t the first time Boyd rehearsed for this particular scene; she’s been preparing since she was young.

Boyd is thrilled to be up on stage portraying Bebecita.