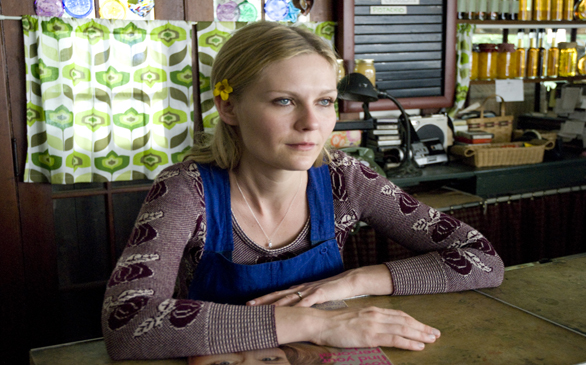 There hasn’t been a truly gifted, bona fide, jaw-dropping good thriller to come out of Hollywood in quite some time. Thankfully, this void has been filled by All Good Things. The film is based on the true story of Robert Durst and Kathleen McCormack and the strange things that can happen when love meets mental illness. Sure, the names have been changed (to protect the innocent, guilty and the production from possible litigation), but the tale is no less harrowing.

For some people, it’s hard to know when enough is enough: When it comes to marriage, the decision to live through a troubled relationship can prove even more difficult for the parties involved, especially when there’s a lot of money at stake. In the 1970s, a young woman named Katie McCarthy (Kirsten Dunst) has run headlong into this unfortunate reality.

The gorgeous young medical student is married to a New York real estate heir named David Marks (Ryan Gosling). She has made a home for them in Manhattan as well as their vacation residence in Westchester. David grudgingly works each day for his father (Frank Langella), a wealthy but cold tycoon.

However, as the marriage progresses Katie finds that her husband’s demanding and abusive personality, along with his apparent psychosis, is too much to bear. She tries to leave him, but he’s not letting go without a fight – for the cash. Katie tries and tries to shame the family into letting her go (perhaps with a hefty settlement?), but David would sooner see her die than give her anything. That’s right. He’d sooner see her die. Katie disappears, and soon David’s story spirals into a bizarre tale of cross-dressing, fraud and murder.

All Good Things is based on hours of interviews and Durst’s testimony in his own defense at his former neighbor’s murder trial. Director Andrew Jarecki (Capturing the Friedmans) applies his suspenseful knack for documentary storytelling to a classic film narrative. The result is a frightening portrayal by Gosling that showcases the actor in a way that audiences have never seen. But at the heart of the film is Dunst. For her, it was the outrageous element of fact that drew her to the part.

“I always think that true stories are so interesting,” she says. “I mean, this man got away with murder, potentially.”

Dunst had the rare opportunity to sit down with McCormack’s family and chat with them about their daughter, who is still considered a missing person to this day. There was one thing about the woman on which her character is based that the family wanted her to know: “Just that she was intelligent – she was a very intelligent woman.”

Other preparations that Dunst took to flesh out her performance involved doing a bit of pre-shooting homework.

“I do a lot of prep beforehand,” says the 28-year-old actress. “I’m an actor who doesn’t like to read scenes.”

Instead, she and Gosling worked together to develop a convincing cadence between their characters. She calls her co-star “lovely” and speaks volumes about his generosity. Even Jarecki notes that he was impressed by his actors’ willingness to go the distance with their performances.

“There was a discussion with Ryan about whether he wanted to wear any prosthetic makeup to make him look like Bob [Durst],” admits the director.

In the end, Gosling, along with the filmmakers, decided he should channel the persona of his real-life counterpart without doing a complete impersonation of him.

As for art imitating life in other ways, Dunst is no stranger to highly publicized romances. Much has been reported about her own personal relationships. In a way, this provided her with a unique sense of empathy for McCormack and her character, Katie McCarthy.

“I think that when you’re immersed in an unhealthy relationship, you can’t really see your way out of it,” she says.

But she is quick to note that the tale of the missing New York housewife was always handled with the utmost respect by the men who labored so hard to bring it to the big screen.

“I feel like the whole story has been told to the best of [screenwriter] Marc [Smerling] and Andrew’s ability.”