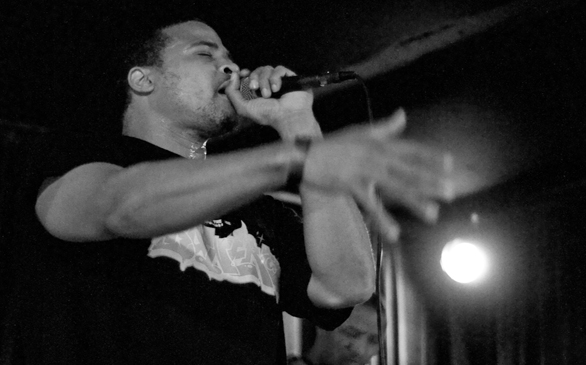 Known for their upbeat and positive lyrics, Zion I played for an eager crowd at Central in Santa Monica. Zion I are currently on tour in support of their new album, Atomic Clock. The performance came at the end of the highly anticipated album release party. Though the venue is small, they did get as much excitement and audience participation as the intimate Central could handle.

Zion I producer and DJ, Amp Live, was given the opportunity to show off in the middle of the set when he came out from behind the turntables to entertain. His extra addition to the show kept the energy in the crowd going.

Written by Zumbi, the group’s lead vocalist, this new album is brutally honest and highly personal to the band, and it seems to the audience as well.