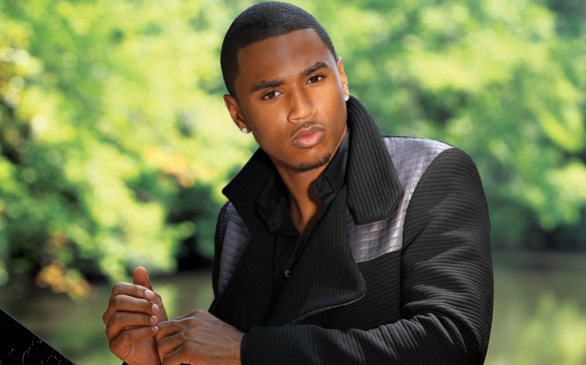 What better way to kick off your 26th birthday celebration than performing with one of the greatest entertainers from our generation in Los Angeles, the entertainment capital? Trey Songz took the stage with Usher for the OMG Tour at Staples Center greeted by a sold-out crowd of adoring fans.

Songz appeared and began to sing his hit single “Say Aah” before going on to perform songs from his Ready album as well as Passion, Pain, and Pleasure. When performing “I Invented Sex,” rapper Drake came out as his special guest to sing his verse. Wanting to slow things down, Songz crooned hits like “Jupiter Love” and “Can’t Be Friends.”

Much to the delight of thousands of screaming ladies, Songz sang to the crowd asking, “Who’s coming home with me?” Lights covered the stage with his name shining in the back, the Passion, Pain and Pleasure symbol flashing back and forth. Songz exited the stage not disappointing his fans with his performance.

Songz electrified the crowd, and Usher continued that intensity. He performed hit singles such as “You Remind Me,” “Yeah,” “Lovers and Friends,” “Burn,” “OMG” and “DJ’s Got Us Fallin’ in Love.” Overall, both performers did what they did best: entertain.