Finding the Perfect Job: Hiring is Up, But Prospective Employers Are Holding the Cards 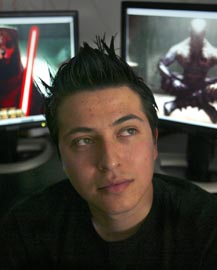 The job scene for college graduates in the late 1990s was equivalent to a seller’s market: A glut of jobs meant grads could cut lucrative deals without leaving their dorm rooms.

Then the market busted around Sept. 11, 2001, leaving students despondent. Now grads are facing a bounceback in the market, with 13 percent of employers expected to increase college hiring this year according to data released in May by the National Association of Colleges and Employers, or NACE.

But grads beware: Employers are holding most of the cards. They’re picky and, for the most part, unwilling to make grand gestures of the past such as signing bonuses and stock options. Average hourly wages for entry-level college students have been sliding, according to national data.

In other words, it’s a buyer’s market, and headhunters are giving grads this advice: Distinguish yourself from the pack.

"The market is better, but the competition for graduates entering the work force is going to continue to get more difficult," said Lonnie Pacelli, a national recruiting consultant, and a former hiring executive at Microsoft Corp.

Still, recruiters say the economic pendulum has swung in a favorable direction lately, which will make finding a job slightly easier for the 1.2 million students graduating this year.

"There’s no question that the number of job postings are up from a year ago and up astronomically from three years ago," said Steven Rothberg, president of www.collegerecruiter.com, a Web site aimed specifically at student job seekers.

Career counselors at UC Irvine, Cal State Fullerton and Chapman University expect hiring to be in line with or even outpace the NACE’s forecast.

The university recently had 235 employers attend a job fair, up 30 percent from a year ago, Case said. UCI and Chapman reported similar increases at their spring career fairs.

Among the reasons: The improved economy is giving employers financial security so more are willing to hire again, experts say.

Many also are facing more openings as baby boomers begin to retire, Case added. But, unlike the hiring frenzy of the late 1990s, most employers are taking a long look at candidates.

"Employers are telling me that hiring isn’t just an immediate issue. It’s a longer-term investment, and they’d rather let a spot go vacant longer in order to find the right candidate," Case said.

Besides stiff competition, college graduates also are facing a dip in wages. According to a report released in May by the Economic Policy Institute, wages for entry-level college students dropped from $23.04 an hour to $22.41 hour from 2001 to 2004.

Though the economy is seeing moderate job growth, "young college graduates are still facing lower real wages than they did four years ago," according to the EPI study released in mid-May.

That gives employers the upper hand, which is why career counselors tell students to start job hunting early.

It worked for David Espinoza.

The media arts graduate said he sent out his portfolio to at least 20 companies before landing an internship at a video-game firm in Costa Mesa, Calif., during his junior year at the Art Institute of California in Santa Ana.

Although the game company eventually folded, the experience he gained led to a job offer at Obsidian Entertainment in Santa Ana, where he works as a 3-D artist. His credits already include work on the recently released "Star Wars Knights of the Old Republic 2: The Sith Lords" video game.

"Before I knew it, I was painting character heads and maps for the game," said Espinoza, 22, of Garden Grove, Calif.

The former comic-book store manager now makes more than $40,000 a year and believes he’s landed his dream job by networking early and perfecting his craft.

"There was a time for a couple of months where I didn’t go out with friends. I became a hermit," Espinoza said. "But I wanted to stay home and work on my stuff."

Rothberg, of collegerecruiter.com, said persistence like that will pay off for graduates.

"Nobody is going to knock on your door," he said. "The quality jobs are out there. You just have to work hard to get them."

? Work experience/internships: Don’t spend summers on the beach. Get out there and get experience. Employers like to see that you know how to punch a clock, especially if it’s in their field of work.

? Demonstrate multitasking ability: Did you hold down a full-time or part-time job while going to college? Did you graduate with dual majors? Employers want someone who can handle various assignments.

? Leadership: A take-charge person who can handle a group will almost always be preferred over a passive one. It shows initiative, whether you’re president of an academic club or a fraternity.

? Be nice to nerds: They might be your ticket to the top.

? Make noise: Put your name out there. Look for opportunities to let people know that you are graduating and looking for a job.

? Call your hero: Often those with experience love to pass it on. Find successful people in your field of interest and take them to lunch. Let them know your aspirations and ask for advice.

? www.zoominfo.com: Free site to post a resume or personal work profile for viewing by recruiters, or potential employers.

? www.google.com: Use Google to look for jobs in specific categories and regions. For example, one recruiter suggests using this search string – "computer technician" apply and "714" – to find technician jobs available in that location.