Secret Santa for Dummies: The Perfect Book for Any/Everyone 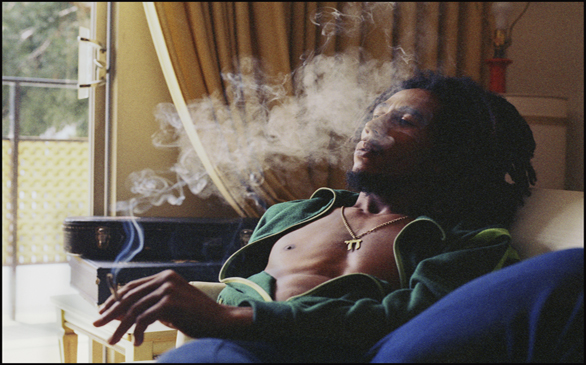 Art-loving Aunt: Wharton Escherick: Journey of a Creative Mind, by Mansfield Bascom, will blow your mind with hundreds of photos illustrating the artist’s journey from Impressionist painter to experimental sculptor. Fascinated with ordinary objects, like staircases, Escherick managed to turn the mundane into something thrillingly beautiful.

Booby Prize: For the person who knows everything, why not give 150 Movies You Should Die Before You See? Including titles like, Sister Street Fighter and Cannibal Holocaust, think of all the time saved by reading the book and avoiding the films.

Boss: Walter Mosley, known for irresistible detective tales set against a Los Angeles backdrop, travels new territory with The Last Days of Ptolemy Grey. A touching story of an unlikely friendship, the author preserves his ear for language while imbuing his characters with impressive depth.

Boss, Spiritual: A’dayara BudAea Rivera’s near death experience after a drug-alcohol overdose resulted in a memoir entitled Awaken the Kryst Within. A very personal take on the meanings of life, this story will whet the appetite of the hungry.

Boy, Man, Boy-man: Iron Man: The Ultimate Guide to the Armored Super Hero will thrill any fan of the superhero with the gorgeous drawings, foreword by Matt Fraction and zillions of facts and background information.

Children (5-12): A delicious present for the emerging gourmand, The Silver Spoon for Children presents Italian recipes in an easy-to-follow fashion that promises to get kids off the couch and into the kitchen.

Coolest Chum: Like the world’s most sophisticated graphic novel, Maira Kalman’s And the Pursuit of Happiness combines the artist inimitable drawings with hand-lettered text in a unique and often moving way. The author’s take on American democracy is, in her own words, “funny and sad.”

Co-worker, Bachelor, Bachelorette: Beautiful both inside and out – Jane Hornby’s What to Cook and How to Cook It – could be a newly minted bachelor’s best friend. Illustrated with how-to photos and utilizing simple techniques, this cookbook makes being an epicure easy with hearty, manly recipes like, Roast Pork with Caramelized Apples and Chicken & Chorizo Casserole.

Co-worker, Clown-type: The theory of truth being stranger than fiction bears fruit in Hometown Police Blotter, created by Sean Michael Beyer and Andy Spurlock. Illustrated by David “Star” Fields, this collection of real life recorded calls made to law enforcement promises to shock and awe even the most jaded viewer.

Co-worker, Erudite: With previous works, like The Hours, under his belt, Michael Cunningham continues to probe the human psyche in By Nightfall. The story explores the complications of relationships with insight to spare.

Family, Separated by distance: A genius of an idea, especially for faraway grandparents, recordable storybooks let anyone read a story aloud and tape it. Two great choices from Record-A-Books, Toy Story 3 and Princess Dreams, are sure to be favorites at bedtime with the under-five set. Another terrific choice, Record a Story’s Together at Heart, stars the always-fabulous Elmo. Finally, Hallmark’s I Love You, Grandma and My Grandpa and Me are sweet tales, perfect for bedtime.

Fashion-forward Friend: The Fashion File, by Janie Bryant, the costume director of “Mad Men,” will thrill fans of the show and period costuming. A foreword by love-it-or-hate-it fashion forward January Jones is the cherry on top of the sundae.

Father, Traditional: The always-excellent John le Carré lives up to his rep with Our Kind of Traitor. Chock full of intrigue, travel and thrills, the book follows an average couple caught up in an international crime involving money laundering, the Russian Mafia and the British Secret Service.

Favorite Boy Cousin (4-40): An atypically age-defying phenomenon, Star Wars, easily trips through the generations. Star Wars Art: Visions, a gorgeous coffee table book, features a variety of works inspired by the films and a foreword by the creator himself, George Lucas.

Film Buff Boyfriend: Packed with never seen photographs and family anecdotes, Hitchcock, Piece by Piece, by Laurent Bouzereau, will make even the most knowledgeable film buff salivate with pleasure. The foreword by the director’s daughter, Patricia, provides just the right amount of insight into this elusive man.

Frenemy: With reality TV fanning the flames of female backstabbing, Kelly Valen’s The Twisted Sisterhood arrived at just the right moment. An exploration of friendship, cliques and mean girls, this treatise makes you think about the dark side of camaraderie and sisterhood.

Friend: The best part of the film Julie & Julia was being introduced to the woman behind the chef: Julia Child. As Always, Julia delves even further into the intelligence and humanity of this great American treasure by revealing her correspondence with her good friend, Avis DeVoto.

Friend, Musician: Photojournalist Kim Gottlieb-Walker, wife of Jeff Walker (former head of publicity for Island Records in the United States) documented the reggae god in 1975 and 1976, and the result is this amazing photographic coffee table book, Bob Marley and the Golden Age of Reggae, with the vast majority of photos unpublished until now.

Friend, Witty: Comparing a modern author to Jane Austen has become de rigueur – almost trite – but Stephen McCauley deserves the comparison. His latest novel, Insignificant Others, again shows off his stellar attributes of small insights and knowing comments about characters and the choices they make.

Grandfather, Traditional: Both visceral and thoughtful, John Sharer’s Honor Knows No Borders, set in WWII London, relays the improbable relationship of a Jewish boy and a German pilot. This story alternates with that of the boy’s father, fighting in North Africa, in a way that questions loyalties, alliances and the nature of right and wrong.

Grandmother: Quick, before the movie comes out next year, read Kathryn Stockett’s The Help. This moving and unique story of race and friendship will stay with you long after the last page is turned.

Mom, Eco-Type: Along with the rise in local, organic farming comes an increasing desire to plant one’s own subsistence plot. Rosalind Creasy combines the desire for homegrown food with the desire for a pretty outdoor space in Edible Landscaping. Any green thumb will be thrilled to receive such a tome.

Niece/Nephew (7-10): A clever concept for budding writers and storytellers, Pop-Up is a kit that lets you choose your own tale and build it accordingly. A fun project for kids and parents!

Political Wonk Cousin: Tim Weiner’s Legacy of Ashes: The History of the CIA will knock the wind out of you as surely as if you’ve been punched. This in-depth look into the inner workings or America’s intelligence agency shows a breadth of ineptitude that will surprise even the most cynical.

Sibling Un-Rivalry: Told from the differing point of views of four siblings, orphaned as minors, The Kids Are All Right (not to be confused with the film of the same title) manages to be poignant yet unsentimental. The shifting narrative, rather than becoming gimmicky, perfectly mirrors the disparate voices of family life.

Teens, Tweens and Tweens-at-heart: Mockingjay, the final book in The Hunger Games trilogy by Suzanne Collins, will leave readers of all ages gasping for breath up until the last page. This post-apocalyptic tale of a future where children are forced to fight to the death, on reality television, chills and provokes as it entertains.

Uncle: Like broccoli dipped in bacon, Oliver Sacks writes books that go down easy even though they are good for you. His latest, The Mind’s Eye, focuses on bizarre yet very true cases of people who have lost their power of speech.

Younger Sibling: National Geographic’s Animal Pop! manages to capture the awesome grandeur of the tiger, panda, dolphin and more with life-size foldouts that literally jump out at you.