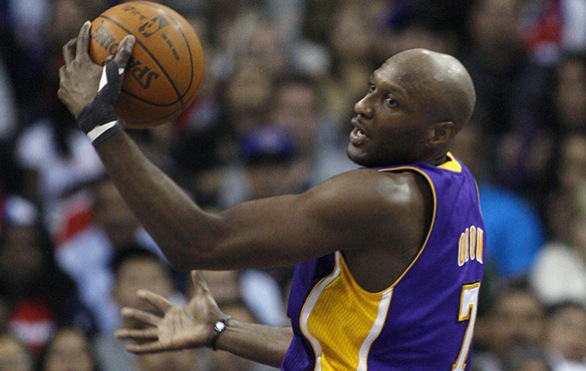 Matt Barnes knows it. In fact, everyone knows it.

The Lakers are simply struggling to find consistency of late. They carry a 17-7 record, but it could easily be an undefeated one if a playing rhythm existed.

In a television interview, Barnes indicated his disappointment in the Lakers’ recent play. On Sunday, Los Angeles beat the host New Jersey Nets 99-92 in a game that should have not been as close.

“We have to muster up the energy and muster up the motivation to play every night,” Kobe Bryant tells reporters after the contest. “I’m annoyed about it. We’re not doing a good job of doing it. Today, we read the defense and made the right plays.”

Bryant contributed 32 points, shooting 9-of-19 from the field while collecting six assists and making four steals. From his total, 25 of his points arrived in the second half.

The Lakers have won six of their last 11 games, but there is a sense of urgency from the defending champions. Barnes and Bryant articulated that after the seven-point win near the Big Apple.

However, Lamar Odom, who recorded 22 points and posted seven rebounds against the Nets, views the aching times in another way.

“We can’t be great every single night, but it’s just the way we’ve been going for us for the last 10 to 15 games. We get a lead, give it away and have to fight back,” Odom indicates. “We’re not playing to our potential. Not taking anything away from the Nets, but we’re just not playing well right now. It’s a little disappointing.”

With less than five minutes left in the affair, the Nets held a one-point edge. As it typically has been for most of the season, the Lakers found a way to come out victorious versus the less talented Nets.

The win kicks off a five-game road trip for the Lakers, and they still have to visit Washington, Indiana, Philadelphia and Toronto.