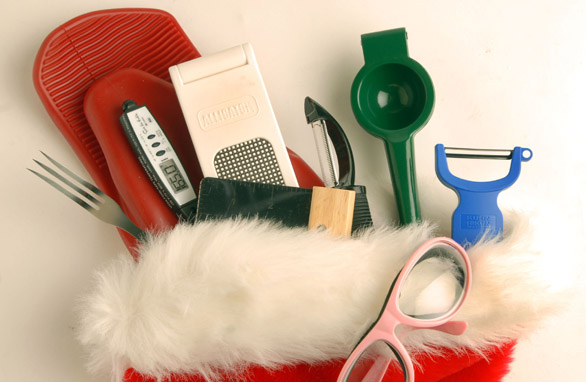 For a large section of the population, this year’s holiday season will be a lean one. Whenever times are toughest, extra money that may have been allocated for fun and frivolity now becomes a necessary lifeline for those in monetary peril. But even with the economy at its worst since the 1990s, not all is lost this season. Since necessity is the mother of invention, many households are keeping a sharper eye on the bottom line without sacrificing creativity.

Several large chains posted Black Friday deals days in advance of their competitors. Black Friday is known in the retail world for propelling stores out of the red (losses) and into the black (profit). Initial reports show that 2010 was successful (with spending increasing 28 percent over 2009’s sales figures). But with the jobless numbers rising in California, it is unknown how much of that money will be going under trees in this state.

For the frugal or the recently unemployed, there are a number of ways to avoid Christmas debt. Instead of buying a barrage of gifts that the recipient may not want, stay focused. Decide upon a gift cap – that is, a firm number of presents that each friend or family member will receive. When dealing with children, three gifts that each child really wants is a sensible number. Parents can also sweeten the pot by making a large purchase for the household. This can be a high-end item such as a video game console or new television. By gifting this item to everyone, the entire family feels like they’re getting a fancy slice of the pie.

The types of gifts being purchased are also a great way to save. Presents that repeat themselves (such as magazine subscriptions) are gaining in popularity due to their low cost. The average subscription to a magazine can range from $10 to $20. They also provide easy entertainment because they already cater to specific likes.

Charitable donations made in the name of loved ones gained in popularity during the 1980s. However, this practice is more popular than ever. Not only does it awaken altruism, but contributions are also tax deductible.

Some families are even bringing work home with them by practicing Secret Santa. Family members each draw names and they make a purchase for their person and their person only. Parents can then choose to supplement Secret Santa with a large purchase that everyone in the household can use or by treating the entire family to a large dinner.

The Christmas stocking is also making a huge comeback. Drug stores are great resources for knickknacks and tchotchkes. For $20 or less, a stocking can be filled to the brim with everything from chewing gum and candy to quirky office supplies and gift cards.

DIY (do-it-yourself) gifting is also popular this season. Mix CDs, arts and crafts and even home maintenance projects (like changing the wall color in a teenager’s room) will be creeping into American households.

Holiday-related family vacations are also a cost-effective alternative to the recession. Travel agents have reported a spike in cruises and shorter-distance domestic travel. Many cruise lines offer two-for-one deals on destinations like Costa Rica and British Columbia Canada. Shorter-distance excursions to Catalina Island are also enjoyable. Cruises are also all inclusive, so food and lodging are included in the final price.

Purchasing themed items in a series is also popular during the Christmas season; foodies can be gifted top-of-the-line prep equipment as well as a cooking class at a local school. Hairstylists can be given the latest tools of the trade as well as an introductory class at a local beauty school. Even music enthusiasts can receive their instrument of choice along with instruction by a local teacher.

Experts urge consumers to make as many purchases with cash as opposed to credit or debit cards. This way, budgets are more easily adhered to. Instead of taking out short-term or payday loans, scaling down on holiday spending is encouraged. But more importantly, a good rule is to realize that this season is about family as opposed to consumerism. The recession is global, not personal, so families can rest easy knowing that we’re all in this together.