Will Estes: A Hollywood Blue Blood 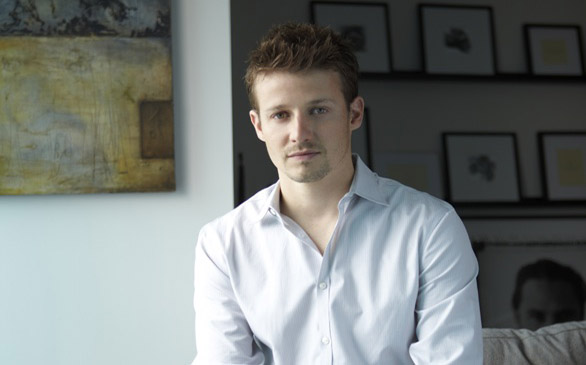 Have you heard the tale that has been told many times about the overnight success and how he/she was suddenly discovered? I had an opportunity to talk with one of those overnight successes, except he has been in the acting business for over 20 years.

Will Estes, one of the stars of CBS’ breakout police drama “Blue Bloods,” is a Los Angeles native who has been acting since he was chosen to star in “The New Lassie” at age 10.

“When I think of childhood, only tiny pieces of acting come to mind,” Estes says about starting out in the industry so young. “I don’t really feel like I grew up in the industry. I was, however, lucky to get a jump-start. Many actors were showing up out of high school or college to try acting, but I already had a resume!”

He has appeared in some big network shows from NBC’s “American Dreams” to Fox’s “Reunion” and now “Blue Bloods.” For actors, there is always some disappointment when their show is cancelled, or their character does not continue for a new season. What is thrilling, however, is when a new role comes their way.

“It’s always exciting to be a part of a new show, but for some reason ‘Blue Bloods’ stands out for me,” Estes says.

The show gave him an amazing opportunity to leave his hometown of Los Angeles and move to New York City.

“I didn’t go away to college, so in some ways I was waiting for an adventure. I love Los Angeles, but I couldn’t be happier to be [in New York]. I’ve always wanted to live [here],” reflects Estes.

He continues, “The only thing more fun than chasing bad guys is playing a guy who chases bad guys. I’ve got a fake Glock and everything. I swear it was yesterday I stopped playing with fake guns because I was getting too old. Now, I play with one in front of a camera.”

In the series, he plays Jamie Regan, a New York Police Department (NYPD) officer and the younger son of the fictional police commissioner, played by Tom Selleck. The entire family is centered around the law in some respect in this police drama. The cast also boasts Donnie Wahlberg, who plays his older brother Danny Regan, and Bridget Moynahan, who is assistant district attorney as well as his sister, Erin Regan-Boyle.

“The cast is great. It’s tremendous to be surrounded by a talented cast because they will make you better,” effuses Estes. “Tom is a consummate professional, and I intend to learn a lot from him. And Bridget is who you want to be with if things ever get difficult. Her sense of humor always glides us through.”

New York is not simply just a backdrop for him on the show but a serious learning experience as well. Estes is getting the opportunity to discover a complete new world. “Argentinean food! New York is an international food destination. You can eat around the world right here on the Lower East Side,” he says enthusiastically.

Also, there is the change of climate that any native West Coaster would have to adjust to. “So far, I ain’t scared,” he states, but then adds quickly, “But maybe give it a month!”

His career is not just limited to the show; Estes also has two upcoming independent films, Not Since You and Magic Valley with Scott Glenn, that will hit the film festival circuits.

“I think they will both be fine little films, and I look forward to seeing final cuts myself.”

Lastly, I couldn’t resist asking if he would be able to catch co-star Wahlberg’s New Kids on the Block/Backstreet Boys tour this winter, to which he slyly replies, “I keep telling him I want to come to the show, but he’s a rock star, so we’ll see if I even get tickets!”