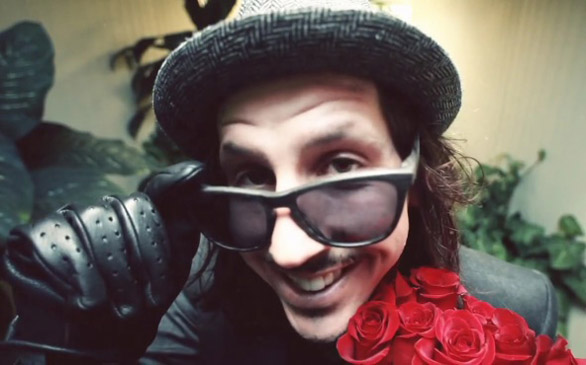 So, there’s this guy named Cisco Adler. He used to be in a band called Whitestarr. They hailed from Malibu and brought back sloppy, good old-fashioned ’70s rock ’n’ roll. The parties were amazing, and MTV even gave them their own show.

Then he hooked up with a guy named Shwayze and started making songs that ended up on your summer soundtrack. The two traveled the world and now they are getting ready for a second album. So what is Adler up to now?

“I’m just trying to work with as many amazing artists as I can,” he says of his current path. “I’ve had the chance to work with everyone from Yela Wolf to Lil Jon. I basically wrote the [lyrics and melodies for the] new Unwritten Law album. It’s just been nonstop creating with all these people.”

Having the ability to play with great artists is a luxury, but can the current state of the music industry handle such range?

“It’s the Wild West out there right now, which is a great place to be if you’re a cowboy. We were born in the midst of this new game. We weren’t counting on record sales for our money. We get out there and play the songs, and that’s what keeps us going.”

What about his legendary father, Lou Adler? Does he have an opinion?

“He’s proud and knows I’m not that guy that I was back then [during his party animal days]. He’s hyped, I’m hyped.”

And rightfully so. Cisco has created his own studio where he has had a steady stream of musicians from all backgrounds collaborate and develop their sound with him on their side. The innovation and diversity in the artists that Adler is working with only adds to the anticipation of what’s to come. He is hosting a new weekly gig at On the Rox every Wednesday night, a showcase of new talent in association with Banana Beat Records.

Shwayze and Cisco will be out in the summer, that’s a given. The question is, what will he bring with him? Perhaps it will be something more than music. After all, he just started airing a TV show online that beams you directly into a living room: a new version of Wayne’s World that can be seen on justintv.com. Whatever comes next, at least we know it won’t be boring.