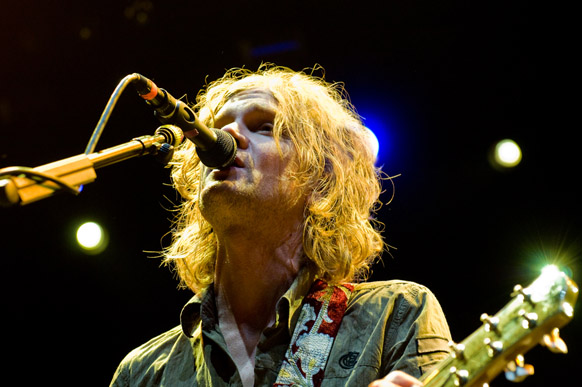 Brendan Benson lit up Club Nokia when he played with Ken Stringfellow and Jon Auer of the Posies. Their combined indie rock sound proved to be a winning collaboration. Auer and Stringfellow joined in with Benson beautifully, as if they had been playing together for ages.

Playing his melancholy set of sad and hopeful love songs from 2009’s My Old Familiar Friend, he and the band kept the night light. When Benson started singing “Cold Hands (Warm Heart)” and “Garbage Day,” the audience happily sang along.

Between songs, the guys broke it up with banter among the band and some audience involvement. Benson has been touring with the Posies and Aqueduct to promote his 2009 album as well as Blood/Candy, the Posies’ latest release.