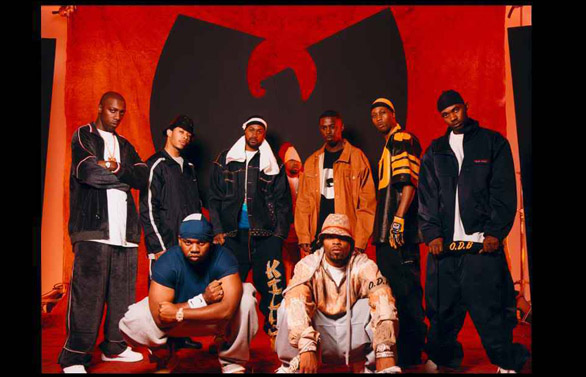 The other night I had the opportunity to catch a live performance by the Wu-Tang Clan at Club Nokia in downtown Los Angeles. Every member of the Wu was in attendance, except for RZA who couldn’t be there because he’s making his directorial debut on a martial arts film. To say that they killed it would be an understatement.

They performed a plethora of their best and most infamous songs, including “C.R.E.A.M.,” “Protect Ya Neck,” “Triumph,” “Bring Da Ruckus,” “One Blood Under W” and “Wu-Tang Clan Ain’t Nuthin’ Ta F*** Wit.” Not to mention each member rocked one of their best solo songs, like Raekwon’s “Ice Cream,” Meth’s “Bring the Pain,” GZA’s “Liquid Swords,” U-God’s “Dat’s Gangsta,” Ghostface’s “Mighty Healthy” and Masta Killa’s “No Said Date.”

A couple of times the DJ took the beat out and Cappadonna rhymed a cappella, making the crowd go nuts. But perhaps one of the biggest highlights of the evening came toward the end when the group paid tribute to their fallen member Ol’ Dirty Bastard by bringing out one of his sons who performed “Shimmy Shimmy Ya,” “Brooklyn Zoo” and “Got Your Money.” The aptly named “Young Dirty Bastard” sported his father’s vintage hairstyle and did a solid job sounding like him. I have to admit seeing him on stage with the rest of the Wu imitating his Dad wound up being quite endearing.

I grew up listening to the Wu. There is no other high-concept music group like them, and I have no doubt they will go down in history as one the best collective hip-hop groups of all time. Between songs, Raekwon summed it up best: “No matter what happens, there will never, ever be another Wu-Tang Clan!”