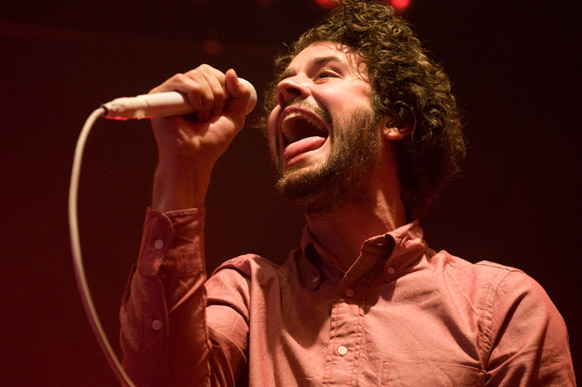 Passion Pit played to a crowd of dancing, screaming fans when they took over the stage at the Palladium. From the second the band members hit the stage, the audience was dancing and singing along. Warmed up by Michael Cera’s band, Mister Heavenly, the audience was more than ready for Passion Pit’s lively and energetic set.

Frontman Michael Angelakos worked the front of the stage, getting uproarious reactions from his fans as he made his way to the keyboards and back. New songs “Eyes Like Candies” and “Moths Wings” were the highlights of the night and kept the energy going.

Hailing from Boston, Mass., Passion Pit has successfully made a name for themselves in just a few short years. Band members Ian Hultquist, Ayad Al Adhamy, Jeff Apruzzese and Nate Donmoyer – all Berklee College of Music graduates – became Passion Pitt with Michael Angelakos in 2007 and have since been growing a loyal fan base and busily touring to promote their three recent albums.