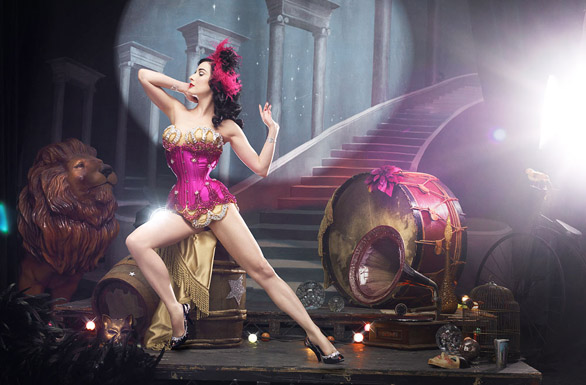 The last time Dita Von Teese took the stage at the Roxy she was soaking in a martini glass accompanied by the Pussycat Dolls. This week she was back, and she brought a new army of talent with her.

The show presents something not for the faint of heart. Women tearing off their clothes in the ultimate tease act for almost two hours. Hosted by a short ambiguous comedian ripped from the 1940s, the energy was high and the entertainment was flowing.

Von Teese took to the stage and got the blood flowing with her signature sparkle lingerie that lit up perfectly beneath the Roxy’s classic lights. Her slow, playful back and forth with the standing-room-only crowd killed any of the pretentiousness that usually comes with a star-studded night in Hollywood.

Once the ice was broken, it was time for the rest of Von Teese’s troupe to take the stage. The range of burlesque entertainers was wonderful. It started off with a larger-than-life personality … literally; she was huge and wearing next to nothing, except balloons that she popped with a lit cigarette while prancing around on point.

As usual, Von Teese picked the best of the best and left us wanting more. The highlight of the night was her bathtub scene complete with running water. In the 10 years I’ve seen shows at the Roxy, I’ve never seen a functioning bathtub on that stage, let alone a drop-dead gorgeous woman in next to nothing, getting wild with her shower head.

This was a fantastically entertaining show that once again showed why live entertainment is one of the most compelling art forms on the planet. And, of course, it ended up at the Roxy Theatre again.

For more information on Dita Von Teese and her shows, visit Dita.net.