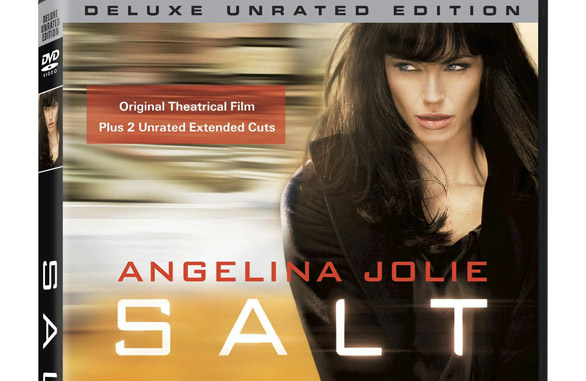 The Majors: Angelina Jolie sizzles as a former agent on the run from the CIA in Salt. When Evelyn Salt is accused by a Russian defector of being a mole intent on assassinating the Russian president during a visit to New York, she must evade her own people intent on bringing her down. Liev Schreiber and Chiwetel Ejiofor round out the solid cast.

M. Night Shyamalan co-wrote the supernatural thriller Devil about a group of people trapped in an elevator who begin to suspect that the devil may be among them. John Erick Dowdle (Quarantine) directed this tense film.

Will Ferrell re-teams with Anchorman director Adam McKay and Mark Wahlberg to lampoon buddy cop flicks in The Other Guys. The two worst detectives in the NYPD get their chance to shine when the two best (Dwayne Johnson and Samuel L. Jackson) go down. Michael Keaton co-stars.

The Idiotbox: One of the most beloved TV shows in history arrives in The Andy Griffith Show 50th Anniversary – The Best of Mayberry. Included in the set are 17 fan favorite episodes, the full-length pilot and the TV movie Return to Mayberry.

Martin Landau and Barbara Bain star in Gerry Anderson’s Space: 1999: Season 1 now on Blu-ray. When a nuclear explosion sends the moon out of Earth’s orbit, the crew of Moonbase Alpha must struggle to survive as they come into contact with strange new worlds.

Eric Stoltz stars in the “Battlestar Gallactica” spinoff Caprica: Season 1.5. Set 50 years prior to the first series, “Caprica” takes place with the advent of the Cylons and deals with the ramifications of artificial intelligence. Also included are the final five unaired episodes.

After the Marx Brothers called it quits, Groucho led a successful TV career. Groucho Marx TV Classics collects some of his best moments, including 16 episodes of “You Bet Your Life,” two episodes of Groucho hosting “The Hollywood Palace” and a rare episode of the lost game show “Anybody Can Play.”

Also available: Billy the Exterminator: Season One and Two

In Toon: Seth MacFarlane and co. take on Return of the Jedi in the third hourlong Star Wars spoof, Family Guy: It’s A Trap!

“Futurama” rose from the grave for another hilarious season in Futurama: Volume 5.

The Vault: One of cinema’s original bombshells, Rita Hayworth has left an indelible legacy on film. A new collection, The Films of Rita Hayworth, features five of her iconic performances, three of which make their DVD debuts. They include: Tonight and Every Night, Salome, Miss Sadie Thompson, Cover Girl and the classic film noir Gilda, which contains what has been described as the first clothed striptease. Martin Scorsese and Baz Luhrmann contribute introductions.

Foreign Fare: Chabrol: Two Classics Thrillers From the Legendary Director contains two later films from the French Hitchcock. In The Bridesmaid, a young man falls for his sister’s bridesmaid only to discover that she is mentally disturbed. Merci Pour le Chocolat centers on a couple who believes their son may have been switched at birth.

Blu Notes: Before catching the Coen brothers’ update, check out John Wayne in the original adaptation of Charles Portis’ classic western True Grit. A young, strong-willed girl seeks justice from the hired hand who killed her father. Wayne nabbed his only Oscar for his portrayal of the one-eyed drunken U.S. Marshal Rooster Cogburn.