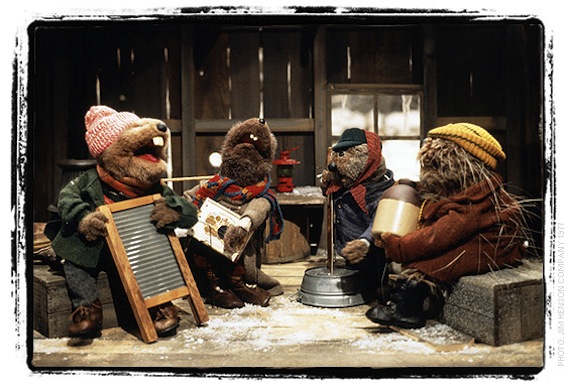 I’ve talked the past few weeks about how to have a very scary Christmas, one haunted by horror films and action flicks that will leave you petrified of the holiday and fearful that Santa Claus will come bearing more chain axes and fewer innocent stocking stuffers. I understand that many people don’t like traditional horror movies, and the holidays are especially not the time to try and rid ourselves of any cinematic phobias we may have. Instead, there are a few cuddly, furry, colorful creatures that are prepared to bring us the Christmas cheer we once knew in our childhoods. The Muppets are puppet characters that were created by Jim Henson starting in 1954. Although there have been plenty of mock Muppets, ones that were made in the style of Henson’s creations and “The Muppet Show” that featured the characters. The Muppets are both a term and legal trademark linked to Henson’s creatures.

However, the word “Muppet” first appeared in 1956. Henson once admitted to a journalist that it was created by combining the words “marionette” and “puppet,” however he has also said he coined the name because he liked the sound of it. The Walt Disney Company finally bought the Muppets in 2004, with exceptions including characters appearing on “Sesame Street.”

I started doing a little research on the characters and their creator, and what became most apparent and the most interesting part of its history is that inspiration came to Henson in unexpected ways: He would recycle ideas from other TV shows he worked on and created others by using whatever materials were close by.

Elmo was originally an extra puppet that was often seen lying around the set. Animators tried to use him, but it wasn’t until puppeteer Kevin Clash picked him up and started doing the voice that Elmo was officially born in 1984. Miss Piggy had less of an evolution because she was a real person to her creators. She was, according to Frank Oz, born and raised in Iowa; her dad died when she was young and her mother was quite mean, forcing her to enter beauty competitions to make a dime. In 1976 she became the Hollywood-driven blonde on “The Muppet Show” who was after the green frog. Kermit was ‘born’ in 1955 and was made out of Henson’s mom’s coat and some Ping-Pong balls. He used to look more like a lizard than a frog, but became a full frog by 1969.

After over a decade and not since Muppets from Space, the Muppets will be back on the big screen. Jason Segel is currently in production for the next Muppet movie for Disney studio, which will be directed by James Bobin and has enlisted the talent of Amy Adams, Zach Galifianakis, Emily Blunt, Jack Black, Paul Rudd and too many more to list.

If you have any urge to relive your long forgotten childhood, the Cinefamily is bringing us back to the time when opening presents was a surprise and joy, not a formality. Emmet Otter’s Jug Band Christmas and “Muppet Christmas Shorts” are screening on Saturday, Dec. 25, at 4 p.m., which gives you and the family plenty of time to do those Christmas traditions under the tree and at the dinner table and make it to the Cinefamily in time to enjoy the jolly season of Muppet magic.

Emmet Otter’s Jug Band Christmas is a thoughtful story about a widow otter and her son Emmet’s struggle to exchange the same gift: the best Christmas ever. Emmet’s jug band enters a competition for prize money, but they must compete against the feisty Riverbottom Gang and their crazy rock ’n’ roll music. Made in 1977, the made-for-TV movie has become a classic with plenty of catchy tunes crafted by Muppet Movie songsmith Paul Williams. In lieu of the traditional Muppet-style, these animals are much more realistic because of improvements in radio-controlled puppetry.

It’s hard not to love watching them, even if you are a 20-something who stopped believing in Santa well over a decade ago. You can always believe in Henson and his Muppets. Happy holidays, everyone!