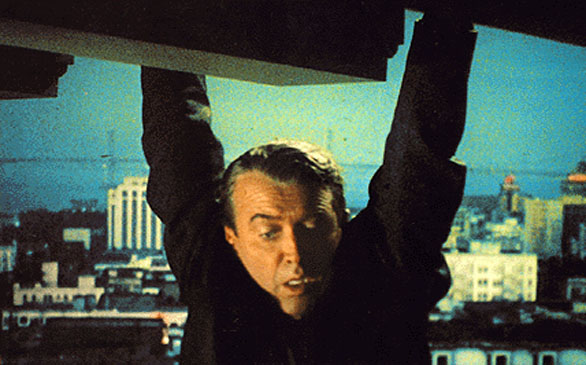 Catch Vertigo at the Hammer Museum on Jan. 5.

With the changing of the New Year there comes a certain amount of anxiety. Family, friends and even TV advertisements are pressuring us to actually consider following the resolution we made in haste when we were put on the spot by tradition.

I get anxious every year because a new start also means that I feel obligated to watch all of the movies I didn’t catch this year. The Academy Awards will be here before we know it, and even though nominations have not been released, it still stresses me out that I have yet to see a handful of films that I am predicting will be nominated.

This year, however, my resolution is to catch up on some of the films that I haven’t seen that are part of our cinematic vernacular. It’s amazing to think that the moving picture has and will outlive all of us. It is over 110 years old and still growing much the wiser. What is considered the prime of film’s history is when auteur filmmakers were producing products that changed the way we saw films.

When Alfred Hitchcock started making his smart, aesthetically progressive thrillers, the film world was taken on a ride that changed it for the better. Hitchcock once said, “Some films are slices of life, mine are slices of cake.” He didn’t always take himself or his films too seriously; his main objective was to create works that made the audience want to go to the theater. That is also the objective of Michael Bay, but the difference is that Hitchcock created film techniques that would be used for many years after by every other filmmaker to follow.

Hitchcock was particularly known for his obvious and overwhelming use of motifs. He tended to use staircases, keys and birds throughout most of his films, but the one motif that was used the most in a predominant number of his works was his fascination with falling. Steep falls were his dramatic crescendos.

His characters fall off a cliff in Secret Agent, Suspicion and Spellbound; on the Statue of Liberty in Saboteur; on the roof in To Catch a Thief; on Mount Rushmore in North by Northwest; and down the stairs in Psycho. But of all the falls in all of his movies, none can compare to the fall that is central to Vertigo. The character’s fear of heights becomes a metaphor for his fear of falling … in love, a common male trait that is also employed in Rear Window and North by Northwest. More than anything, Hitchcock uses the tension to cause anxiety in the audience, juxtaposing sanity and insanity of the bourgeois ordinariness. In any case, he succeeds.

If you have yet to experience the thrill of Hitchcock, the Hammer Museum is providing an exciting program on Jan. 5 and 6 at 7 p.m. The museum will be screening two films in glorious 70mm film, the way all films were meant to be seen. At the Hammer Museum, the program is free, and tickets are available at the Billy Wilder Theater box office one hour prior to start time.

First is Vertigo (1958), Alfred Hitchcock’s masterpiece set in 1950’s San Francisco. Scottie (James Stewart) is a retired police detective who has an acute case of acrophobia. He is asked to follow the wife of a close friend, a woman named Madeleine (Kim Novak) who appears to have gone slightly mad and possibly contemplating suicide. He falls for her, but she falls for something else. It is suspense at its best.

I put Vertigo on the other day because I hadn’t seen it in quite some time. Hitchcock manages to use moments of silence to span and heighten action and plot development. There is an overwhelming sense of dread that permeates the film and that culminates in the ‘fall’ that was mentioned previously.

The second night the museum will screen Playtime (1967), a French film by director Jacques Tati. Monsieur Hulot (Tati) is caught in a futuristic 1967 Paris. He is searching for an American official in the city, but he too soon is lost in the restricting maze of modern architecture and distracted by the high-tech gadgets. Hulot wanders Paris, causing chaos with American tourists along the way.