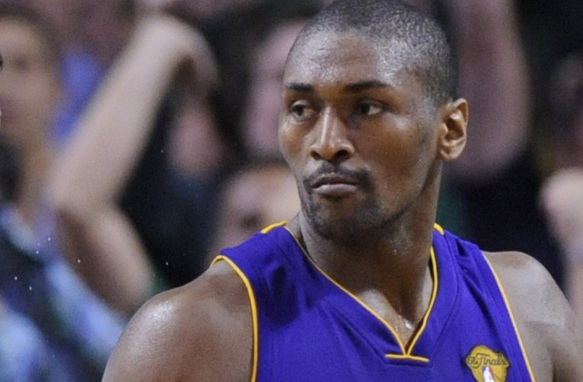 After a terrible home loss to the Memphis Grizzlies on Jan. 2, the Lakers regrouped to achieve a four-game winning streak. The Lakers, now 27-11 and slowly closing in on the San Antonio Spurs for first place in the Western Conference, are gradually gaining a rhythm that could lead to big results.

Lately, Gasol has received less minutes on the floor, and his productivity and efficiency have increased.

“I think he got a little bit numb playing a lot of minutes,” Lakers head coach Phil Jackson says during the press conference after the game. “Now that it’s shortened minutes, I think it’s really helping him be more energetic out there on the floor.”

Another player who was en route to attaining a double-double was center Andrew Bynum, but he was ejected in the fourth quarter after recording 18 points and seven rebounds. Ron Artest added six points, nine rebounds and two steals.

What the Lakers used to pummel the Knicks was their much-awaited defense, holding New York to under 90 points and 36 percent from the field.

“I think we can definitely win a championship with this type of defense,” Jackson admits to reporters. “There’s still a little ways to go before I think we perfect that, if there is such a thing as perfecting a defense.”

In the second half, several aggressive fouls and other situations occurred. Bynum was ejected for arguing with a referee, while Artest became involved in a couple of confrontations. Artest showed his physical intensity against the Knicks, particularly on the defensive side.

“That’s one of the strengths of Ron’s game, to be able to do something like that,” Bryant says about Artest. “It was a physical game, and we responded to the physicality of it.” Bryant and Artest were the other two Lakers to register technical fouls. Bryant even tangled himself in a verbal fight with Knick Amar’e Stoudemire.

“We’re a little bigger than they are, so there was a lot of bumping going on, but it wasn’t really physical. It feels like we’re learning things,” Bryant tells reporters. “We did a much better job tonight defensively. Every game, it seems we’re getting better.”

For the Knicks, Stoudemire collected a double-double with 23 points and 10 rebounds, while three other Knicks also scored in double figures. Five of the 23 points came during the first half of play.

Stoudemire believes it was a tale of two halves for the Lakers.

“I love it. I hope they keep it up,” he says of Los Angeles’ physicality. “All it does is fuel me and gets me going. I’m kind of glad, because the first half, it wasn’t that physical. But the second half, it was, and I got going.”

By halftime, the Lakers held a five-point edge over the visitors. However, it was not until the fourth quarter when Los Angeles blew the game wide open. They held New York to only 17 total points in the fourth.

For the night, the Lakers shot nearly 42 percent from the field, but their three-point shooting provided a much-needed spark for them. Los Angeles had struggled behind the arc in previous contests, but they nailed 8-of-17 for 47 percent during the night.

Prior to the affair, the Lakers learned that Matt Barnes would be out several weeks after receiving news of his imminent knee surgery to repair torn cartilage that he suffered in the win over the New Orleans Hornets Jan. 7.

In Barnes’ absence, Artest’s minutes are speculated to increase.

“I think Artest looks forward to it,” Jackson says. “He knows this year has been kind of a cruise.”

Los Angeles’ next five games take place in California, with two of them officially being on the road (Golden State Warriors Jan. 12 and Los Angeles Clippers Jan. 16).

Basketball
LaVar Ball: Reuniting his sons would be ‘biggest thing in NBA’
1,492 views

Basketball
The strange, ambitious marriage of the Ball family and Chino Hills
702 views