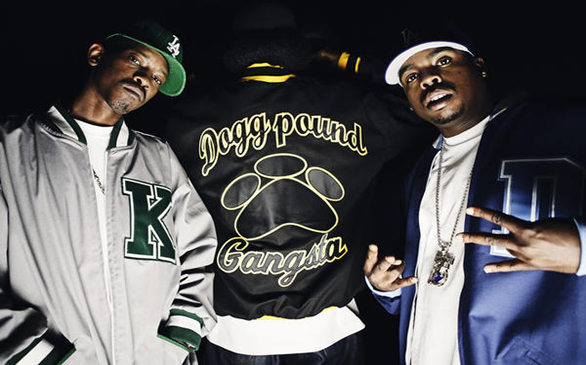 Right from the start, it was nothing but pure, legitimate and thrilling West Coast hip-hop tracks.

The entire 60-minute show included some of the most-known songs from their repertoire dating back to the early 1990s. Kurupt’s “Who Ride Wit Us,” featuring Daz, was the second tune performed, and it cracked the night wide open. Daz’s unique voice and rapping lyrics begin the 1999 hit from the album titled Tha Streetz Iz a Mutha, followed by Kurupt’s energetic verses.

After short rapping appearances from the special guests, excluding DJ Quik, Daz busted original solo rap songs. This included a true favorite for fans of Los Angeles and state natives with “In California,” a track debuting in 1998.

To close out their first concert of 2011, Tha Dogg Pound performed their most prominent song of their career in “What Would You Do.” Their collaboration and immense success led to a nomination for the Grammy Award for Best Rap Performance by a Duo or Group in 1996, although it was officially released as a single in 1994 from Death Row Records. Additionally, the piece appeared on the soundtrack to Murder Was the Case in 1994.

Unfortunately, the duo did not win the honor, but it certainly placed them on the right path within the industry, which they showed in West Hollywood this particular night.

Even in their late 30s, Kurupt and Daz still know how to connect with a young crowd, as they pumped them up into rapping their stylish lyrics while waving their hands in the air.