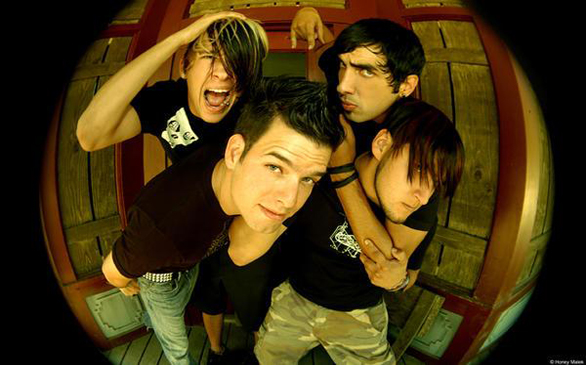 Delux is a modern punk-pop band out of Mexico, but they’re based in Tijuana, just over the California line, and their sound is essentially not too different from dozens of bands working north of the border, particularly many of those on the Warped Tour circuit. But the ringing guitars and speedy rhythms, often hook filled and radio ready, are bolstered by the fact that vocals are delivered in both Spanish and English.

That’s not exactly a unique idea, but Delux uses the technique to great success, keeping enough of the lyrics in English to allow non-Spanish speakers to sing along if they want, and they’ll want to on catchy songs like “Get the Money,” “Alarma!!!” and “Communication.”

There are a couple of “quieter” moments on $; the ballad “Lost Souls” has a chorus that gives a wink to the Red Hot Chili Peppers while “Hey Lover” balances out the testosterone rush with vocals from Orange County’s Stacy Clark. Clark is not the only known guest to appear on $; Joey Cape of Lagwagon, Gabe Saporta of Cobra Starship, Will Salazar of Fenix TX and Jordan Pundik of New Found Glory are some of the others on board, and it only takes a quick listen to understand what they see and hear in this promising outfit.