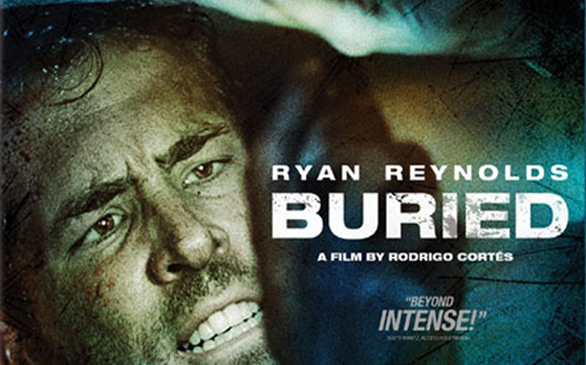 The Majors: Ryan Reynolds stars in the original thriller Buried. This under-seen gem is a tense, claustrophobic and relentless story about a truck driver for a contractor in Iraq who is taken prisoner and buried alive. Equipped with a cell phone, he has just hours to secure his ransom, or he dies.

After decades playing nameless badasses on the periphery, Danny Trejo steps into the spotlight in Machete, a feature-length adaptation of what was the coolest of the fake trailers seen in Grindhouse. The result lives up its promise of bloody mayhem.

Sure to be the big award winner this year, David Fincher and Aaron Sorkin’s The Social Network is a wry, frenetic telling of the rise of Facebook. Timely, well acted and brilliantly scripted, this is one of the best films of the decade.

Under the Radar: One of the best crime dramas in years, Animal Kingdom tells the story of an Australian teenager trying to resist getting sucked into the life of his armed robber relatives. Guy Pearce stars.

Edward Norton squares off against Robert De Niro as a convicted arsonist who attempts to coerce a probation officer (De Niro) into securing his release in Stone.

Also available: King of Paper Chasin’, Roger Corman’s Sci-Fi Classics: Attack of the Crab Monsters, War of the Satellites, Not of This Earth and Up From the Depths/Demon of Paradise

Stranger Than Fiction: Sins of My Father tells the story of drug kingpin Pablo Escobar as seen from the eyes of his son.

The Idiotbox: Although short-lived, Dark Skies: The Declassified Complete Series maintains a strong following, despite its similarities to “The X-Files.” An excellent series in its own right, “Dark Skies” follows two freedom fighters investigating a long-reaching conspiracy involving aliens living amongst us.

Everyone’s favorite feline curmudgeon returns in an all-new series The Garfield Show: All You Need Is Love (and Pasta).

The Vault: Two rarely seen thrillers come to DVD-on-demand courtesy of the Warner Archives Web site. Robert Montgomery stars as a charming lodger who may be a murderer in the Hitchcockian thriller Night Must Fall.

A 9-year-old boy with a penchant for tall tales witnesses a murder in The Window (1949), based on a story by Cornell Woolrich.

Blu Notes: Sergio Leone made a departure from his usual western milieu for the gangster genre with the epic Once Upon A Time in America. Robert De Niro and James Woods star as Jewish gangsters in prohibition-era New York.

The boxing movie to end all boxing movies, Martin Scorsese’s Raging Bull comes to Blu-ray. At turns poetic and blistering, the black and white cinematography is more beautiful than ever. In one of his best roles, Robert De Niro plays self-destructive pugilist Jake La Motta alongside frequent collaborator Joe Pesci.

Kevin Costner won a Best Director Oscar for his debut, the frontier epic Dances With Wolves. Costner is a Civil War commander who is sent to a western outpost, where he befriends a wolf and an Indian tribe, soon leaving behind the white man’s world. This is the 20th Anniversary Extended Cut.