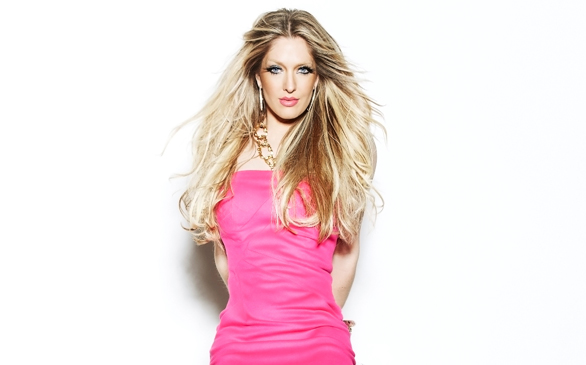 Erika Jayne is five for five.

Known for her alluring vocals, catchy melodies and electro beats, Los Angeles-based pop vocalist Erika Jayne has become a chart-topping force to be reckoned with. Jayne placed four singles at the No. 1 spot on Billboard’s “Hot Dance Club Play Chart” with the release of her debut album, Pretty Mess, a feat that only 13 acts have accomplished since Billboard started the dance chart in 1976.

Now her fifth and latest single, “One Hot Pleasure,” has taken over the top spot on the chart and put Jayne in the company of similarly successful hit makers like the Pussycat Dolls and Rihanna. Jayne appears at Popstarz at Ultra Suede in West Hollywood on Jan. 21.

Phil Collen, lead guitarist for Def Leppard, will be hosting a seminar on fitness and health and the steps that can be taken to combat childhood obesity at this year’s LA Fitness Expo (thefitexpo.com). Collen is 53 years old and has spent decades staring down rock ’n’ roll temptations, but he’s no stranger to a healthy lifestyle: He’s been sober for 24 years, is a longtime vegetarian and currently a vegan, has a black belt in Kempo karate and trains regularly with Muay Thai kickboxing champion Jean Carillo.

Carillo will appear with Collen to discuss fitness, give workout demonstrations and participate in meet-and-greet sessions where they’ll sign autographs and pose for pictures. The LA Fitness Expo takes place at the Convention Center on Jan. 29 and 30, and Collen will be in attendance all day for both days.

And, of course, Misty will perform the music from Hummingbird, a teaser release designed to hold fans over until the release of Gonzales’ next full length, not surprisingly to be titled Rock & Roll Freedom Show. You have two chances to catch the spectacle: Feb. 2 and then again on Feb. 23 at the Key Club.

We Dare You to Cook up Lemmy Contest

LoudTrax.com has launched a cooking contest of sorts in conjunction with the recent release of the heavy metal cookbook by Steve Seabury, Mosh Potatoes. The book contains recipes, anecdotes and assorted bits of mayhem contributed by artists like Megadeth, Testament, Lita Ford, Mötley Crüe and many others.

Contestants need to make films of themselves cooking up the “Krakatoa Surprise” recipe submitted by Lemmy Kilmister of Motörhead. The video then needs to be uploaded to YouTube and loudtrax.com. Prizes include an autographed and framed photo, a signed CD, Lemmy shirts, Harley-Davidson boots and more.

Flour, chocolate and strawberry syrups, refried beans, curry powder and brandy are the only ingredients in Lemmy’s recipe, so if you actually eat the finished product you will indeed experience a surprise. For more information, click on the Lemmy Contest button on the LoudTrax.com homepage.

Montreal-based rockers Exit 451 are asking aspiring filmmakers to submit ideas for the creation of a music video for the band’s new single, “You Exist,” from their The Sea Above the Sky album. Here’s how the competition works: Go to Exit451.ca and listen to “You Exist.” Then submit your synopsis for the music video treatment – the more unique the better – to the e-mail address found on the site.

Three finalists will receive the song in WAV format so they can create their video. The grand prize winner will receive an Exit 451 gift package, but perhaps more importantly they’ll also be heavily promoted as an up-and-coming filmmaker during the promotional campaign for the single and The Sea Above the Sky. Contest ends Feb. 14.