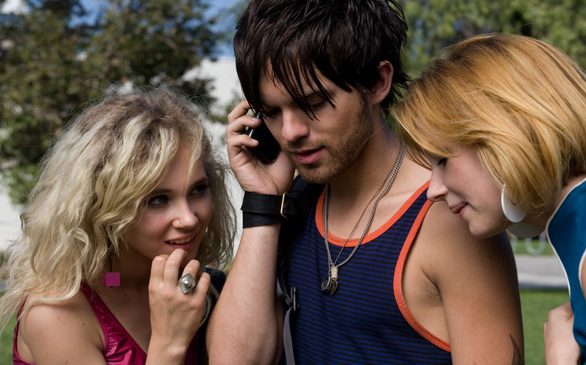 It’s the snow, I think. Or maybe it’s the exclusivity of the event. We all know how much Hollywood people love exclusivity. Even if you aren’t an avid fan of Hollywood, there is something exciting about a film festival that forces you to make the flight out to a state you otherwise would never have seen, then drive into an even smaller city, through the snow, until you find the little haven of a town known as Park City.

Hotels have been overbooked to the brim since two months ago; I would know, I’ve been trying to make those last-minute plans for a weekend getaway to the Sundance Film Festival. Even for me, these are too last minute. I could have found a relatively cheap room, I would just have to share it with umpteen people and sleep on the floor.

As much as I was hoping for an adventurous, spur-of-the-moment getaway to Utah, that’s not happening, and if you who are reading this and have not made your plans either, you are very much out of luck. I wouldn’t bank on getting a room at even the local motel.

However, you don’t have to scour Expedia for a last-minute plane ticket or mentally prepare yourself for the cold winter nights you are forced to spend sleeping in your car, which is most surely what I was planning on doing had I not been convinced otherwise. Sundance is offering some fun and interesting programs that will allow anyone with a cable box to watch exactly what films the critics are watching, at the same time they are watching them.

Sundance Selects and the Sundance Institute have formed a partnership for the 2011 Sundance Film Festival. As part of the Direct From Sundance Initiative, five films that will be screened at the 2011 Sundance Film Festival will also be simultaneously available nationwide On-Demand. You won’t need a press badge or credentials or a special invitation. These films are accessible to you and I alike. Oh, the perks of our current digital age seem to be endless.

Brendan Fletcher’s Mad Bastards and Michael Tully’s Septien will be available On Demand from Sundance (premiering Jan. 24 and Jan. 23, respectively), as well as the following films, which have particularly caught my interest.

Uncle Kent (premieres Jan. 21) is Joe Swanberg’s first appearance on the Sundance circuit. A modern comedy about aging, loneliness and the like, the film deals with a middle-aged Kent (Kent Osborne) who is an unmarried writer for children’s shows. He escapes from his destitute life each night in Internet chat rooms, which is where he meets Kate (Jennifer Prediger), an acquaintance who crashes at his house for a weekend. He falls for her, naturally, but her distant boyfriend gets in the way of any potential of a connection.

These Amazing Shadows (premieres Jan. 22) is a documentary that is getting me quite excited for the future of cinema as well as proud of its roots. Destined to please the film lover in everyone, the film by Paul Mariana and Kurt Norton delves into the National Film Registry, a government body that protects cinematic history and legacy. The filmmakers look at which works were selected for preservation in the Library of Congress and why through interviews with archivists, Registry board members and filmmakers like Christopher Nolan, Rob Reiner and John Lasseter.

Finally, another film that has been on my mind since last May is Kaboom (premieres Jan. 21) by Sundance veteran Gregg Araki. American audiences are slowly coming to terms with our ability to withstand blatant and massive amounts of sexuality shown on the screen. If you aren’t, then this isn’t for you, and you may be missing out on one of the year’s most quirky and honest films. It is a wild ride about Smith, an ambisexual college freshman who uncovers a conspiracy in his tranquil city. Araki’s direction and distinct voice is unmistakably original. The film is a hyperreality, one tailor-made for our generation’s obsession with sex, drugs and self-interest. Starring Thomas Dekker, Juno Temple and Haley Bennett, the film is nearly as provocative as Araki’s other films, like the favorite from Sundance in 2005, Mysterious Skin. This film followed me to the Cannes and Toronto Film Festivals, and I was just recently able to watch it.

The films will be available for approximately 30 days.