Me and You and Everyone We Know: First-time Filmmaker Miranda July Brings a Powerful Feature to Audiences After a Year of Hard Knocks 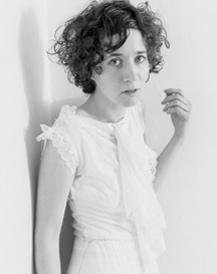 A lot can happen in a single year.

Just ask Miranda July, who was preparing to direct her first feature film, a unique indie romance titled Me and You and Everyone We Know, last summer in Los Angeles. Since then the finished film has traveled to Sundance and Cannes, collected significant prizes at both festivals, garnered high praise from film critics and turned July into indie film’s latest "It" girl.

And now, one year later, the film is about to open in the city where it was filmed.

"I haven’t had very many normal days in the last few months and I think you need a few normal days to be able to think, ‘How weird is this?’" July says with a smile. "I guess when I think about it, I think, "Wow, it totally worked out, that whole movie thing that I was so alone in writing and was so personal – how crazy.’"

It’s exactly that personal touch that makes Me and You such an original film. Exploring the lives of a diverse group of characters living in Los Angeles, many of whom are children, the movie examines issues of love, family, sex, loneliness and friendship.

As the director, writer and star it’s very clear that the deeply felt film is completely July’s vision. According to July, there was no master plan at work for the narratively loose project, just a series of ideas that eventually led to a fully formed film.

"The main thing I thought was if I were ever to write a feature, for my first one it would be best to not come up with a plot that I’d have to fill out. It would be better to just make a space where I could keep writing stuff based on what I was feeling that day and keep adding characters, to kind of learn as I go," July remembers.

Her previous artistic endeavors included performance art, multimedia presentations, short films and short stories and July says she used elements from all of those formats when working on Me and You. But she had no formal training in film and found herself facing a whole new set of challenges.

"There were a whole lot of scary conventions that were really unfamiliar to me that I had to ultimately decide weren’t that important. I could’ve just destroyed myself with fear at not knowing so many really basic things," July says.

She faced one of her biggest challenges before she even walked onto a film set: securing financing.

"It felt really, really hard," July recalls. "I know now that it’s sort of an indie financing success story in that it only took us nine months, but those were nine really hard months of going to everyone and everyone passing. Everyone other than the two companies that ultimately made it passed, and that’s a lot of rejection every day."

"The people at FilmFour were just like, ‘This is the kind of script we always hope we’ll find,’ and I was like, ‘Exactly!’ That’s what you think you’re going to be hearing when you’re still writing it, and then you quickly learn that’s not the real world," July says.

The company still needed a U.S. partner and IFC stepped up to bat. Holly Becker, one of the company’s executives, was a fan of July’s performance art and knew that this was not just any old first-time filmmaker.

That belief was warmly rewarded when Me and You picked up a Special Jury Prize at Sundance for "originality of vision." Then, just four months later, the movie nabbed four prizes at Cannes including the Camera d’Or, an award for the best first film at the festival.

Already a clear winner on the festival circuit, the movie began its limited release rollout in New York on June 17. July is excited at the prospect of even more people seeing the film and hopes that it will serve as an inspiration to, well, me and you and everyone we know.

Or, as she puts it, "[I hope people leave feeling] that something is possible that wasn’t possible before. Whether that’s a feeling or a thought or a conversation with someone else or actually creating something. I love when I see something and feel like there’s a little bit more room in the world that didn’t exist before."

Me and You and Everyone We Know is currently in theaters.