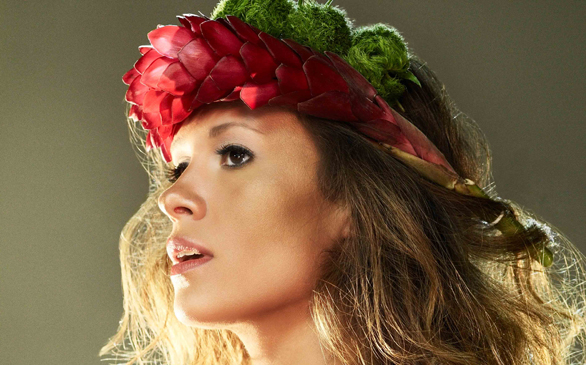 There’s really no arguing the fact that Lia Ices makes music that takes an acquired taste to appreciate. Much of her work is minimalist in nature, or at least takes awhile to get started. Grown Unknown’s opener is a slow, almost dirge-like ballad featuring Ices’ delicate, ethereal vocals over a sparse piano melody that eventually blossoms with a few more instruments and a catchy yet very subtle hook on the chorus.

Much of Ices’ vocal work, when there is little instrumentation, reminds of something like you’d find in a fantasy movie, perhaps when the film’s directionless hero suddenly finds enlightenment after stumbling upon this siren/nymph/pixie. Patient and adventurous listeners will get a similar feeling from songs like “Little Marriage,” delicately dolled up with jingling bells, music box-like keyboard playing and a rhythm of snapping fingers.

Adding to the overall mystical aura is the performance of several songs in a Celtic vein, notably the title cut and “Ice Wine,” which is rendered both sweet and ominous by the traditional sounds. Like the early albums of Kate Bush, Grown Unknown takes some getting used to and will never appeal to the masses, but there’s plenty of substance here for those willing to take a chance.