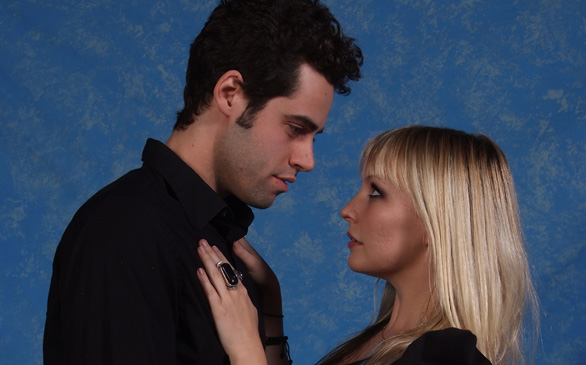 What would it be like if a 10-year-old child was suddenly without a father? After being diagnosed with colon cancer, this is the question Chet Holmes faced. And so began his writing of “Emily’s Song.”

The world premiere that Hudson Mainstage is currently presenting as the musical “Emily’s Song” was originally a screenplay that was sold to Warner Bros. with LeAnn Rimes attached to play the lead. At the time, Holmes was thrilled to have sold his first screenplay, but the changes at the hands of the studio were so drastic he found himself desiring more creative control.

While the movie has yet to be filmed, several writers and directors have worked on the project at one point or another over the past several years.

“Some of them changed the story so much that you wouldn’t recognize it from my original story,” explains Holmes.

After the multitude of alterations, Holmes decided to buy back complete rights to “Emily’s Song” from Warner Bros.

“I wanted to tell it the way I wrote it, so I put it on as a play,” he says. “I have the control to tell the story that I wrote. I’m really pleased and thrilled to show what I originally created.”

Seeing the play on stage is a dream come true for Holmes.

“The vision of what I dreamed the reaction [would be] was pretty much on target,” he shares.

To say the least, Holmes is beyond pleased with the first performances of the show.

“It’s wonderful to take something that you wrote from your heart and see these phenomenal actors who just bring so much to the characters and put it in front of an audience and see the audience get it, the way you originally intended,” says Holmes.

“It’s a thrilling period,” he adds.

The musical tells the story of Emily, who loses her mother at childbirth and depends on her father to raise her. The two share a talent and enthusiasm for music.

When her father mysteriously disappears, Emily is left with only the music. So she dedicates her life to the successful singer-songwriter career she establishes for herself.

When Emily meets the potential love of her life, she can’t help but be standoffish since everyone she has truly loved she has lost.

“That girl’s a pro,” says Holmes of the starlet. “It’s a tour-de-force performance. It’s this huge part with a huge undertaking.”

Holmes’ daughter Amanda serves as the musical director and Haun’s understudy. She had the chance to fill in as Emily when Haun stepped out for nine days for a film, mainly in rehearsals, but also for one preview before a live audience.

“It was really cool to see my daughter in the preview,” says Holmes. “She’s not an actress. She didn’t want to be. But she can blow the walls off a stadium. She’s got one of those really powerful voices.”

Amanda also wrote five of the 11 songs in the musical.

“She’s gone on to be a prolific songwriter,” tells Holmes. “She was inspired by [‘Emily’s Song’].”

Even with the adjustments to “Emily’s Song,” the stage might not be its permanent home after all is said and done.

“I want the opportunity to maybe get another studio to make it,” admits Holmes.