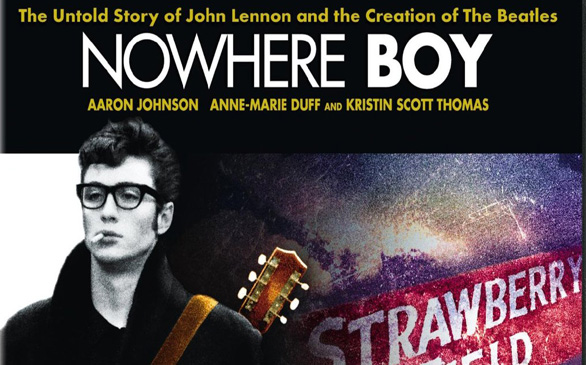 Under the Radar: Nowhere Boy chronicles the life of a young John Lennon, focusing on his tumultuous relationship with the mother who gave him up, a painful memory that would define much of his life.

Enter the Void is an audacious, hallucinogenic trip through life and death from Gaspar Noé, director of Irreversible.

Action! Bruce Willis is a retired CIA operative who finds himself targeted by his own government in Red. Now, he reassembles his old team, including Morgan Freeman, Helen Mirren and John Malkovich, to fight back.

There’s plenty of old school shoot ’em up action in the modern-day western Red Hill. Ryan Kwanten (“True Blood”) is a young police officer on his first day in a quiet town when an escaped convict starts murdering people.

Behind the Music: Hip-hop artist Tupac gave an intimate interview from within the Clinton Correction Facility in which he discussed gang life, prison and his relationship with his mother in Tupac Uncensored and Uncut: The Lost Prison Tapes.

Made in Japan: Gantz: The Complete Series is a trippy and gory sci-fi anime about people who are brought back to life by a black sphere known as the Gantz, only to do its bidding killing aliens hidden amongst the population.

Blu Notes: Cult director Alejandro Jodorowsky’s long-unavailable masterpiece Santa Sangre comes to hi-def. The beautifully surreal and disturbing film follows a mentally scarred young man through his past raised in an abusive circus family to his present relationship with his murderous arm-less mother.

The Idiotbox: Some new recruits join the Glee club for more singing and dancing in the beloved series Glee: Season 2, Vol. 1. Included are the Britney Spears, Rocky Horror and Gwyneth Paltrow episodes.

Beloved ’80s TV classic Webster: Season One comes to DVD. An ex-football star and a socialite find themselves the unwitting legal guardians of a precocious 7-year-old.

Zorro: The Complete Series collects all 88 episodes of the ’90s reboot of the classic swashbuckler, as well as the original Douglas Fairbanks film and the first chapter of the theatrical serial.

The Horror! The Horror! Like previous horror franchise claims of definitive ends, you can bet Saw: The Final Chapter won’t be the last we will see of Jigsaw. Cary Elwes returns along with other survivors of the killer’s deadly cat-and-mouse game, including self-help guru Bobby Dagen, who has some dark secrets of his own.

Ronald Reagan: Centennial Collection contains eight films from the Great Communicator in honor of his 100th birthday. They are: Dark Victory starring Bette Davis and Humphrey Bogart, Knute Rockne All American (“Win one for the Gipper!”), Kings Row, Raoul Walsh’s Desperate Journey with Errol Flynn, This Is the Army, The Hasty Heart, Storm Warning with Ginger Rogers and The Winning Team with Doris Day.