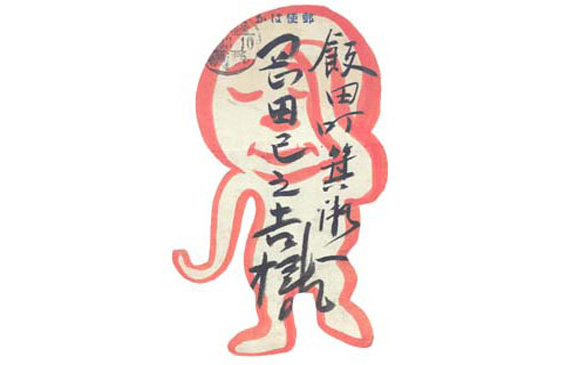 Mark Mothersbaugh and Shepard Fairey’s artworks are the epitome of vibrancy. Located near Chinatown at 1331 West Sunset Boulevard, Mothersbaugh and Fairey’s gallery opening reception for The Big Picture, gathered a hoard of people last Saturday, Jan. 22.

While waiting in the long line amidst Fairey and Mothersbaugh’s fans, it was possible to get a sneak peak into the gallery. With Fairey himself as the DJ, the gallery was quite small for two artists who have been very productive in their careers. Fairey is responsible for the pop art style campaign poster for President Obama, whereas Mothersbaugh is well known for his contributions as a musician and artist. He has composed many musical pieces for animations and is the frontman of Devo.

Nevertheless, despite its size, the gallery was substantive. And sure, like its title suggests, their artworks are composed of intricate details that form a bigger picture.

Both artists are lovers of the pop style, as well as the surrealistic and psychedelic imaginative art that form from creativity. Their artworks are a fusion of playfulness, but at the same time, subjects of queasy attraction. This exhibit consists of contemporary pieces from Mothersbaugh’s collection of postcards blown up to a large scale, as well as the postcards themselves, Fairey’s take on his artistic vision and several pieces from children with illnesses; children whom Mothersbaugh and Fairey spend time with as providers of art therapy.

Aside from their contributions to the arts as icons, the two artists are great philanthropists who are a part of the Art of Elysium’s Elysium Project and Subliminal Projects. Both Mohersbaugh and Fairey spend a great amount of time and energy toward helping children with illnesses. They are funders as well as therapists for the children, who at times need to get away from thinking of their state of health.

Through the night, while secretly stalking the two artists within the gallery, we were lucky to have pulled Mothersbaugh aside from all the greetings and compliments of the gallery for a quick interview.

What is your concept for this show?

Mark Mothersbaugh: Well, I’m really interested in Japanese calligraphy, which explains the calligraphy on some of the pieces. I’m not that good at it, and my friends from Japan tend to make fun of it.

Where do you get your inspiration from?

You see the postcards [points] over there? Those are diary entries. I keep them around, and when I find one that I like, what I do is put them on an overhead projector and enlarge them to create a larger image.

How long does it normally take you to finish painting the larger version of the postcard?

What made you collaborate with Shepard Fairey?

We both [volunteer] for the Elysium Project and are advocates of the same project in spending time with sick children.

Did you have any style clashes that you had to work out?

With Shepard? No, he knew what my style was and how my pieces looked like, so assuming he asked me to collaborate with him, he was interested in my vision.

We are aware that you spend a great amount of energy on charity work for children with serious illnesses. What exactly is it that you do?

I feel like it’s important for these children to have a way to escape from their condition. Sometimes they need to get away from that feeling of having to always talk to a limited amount of people consisting of their parents, doctors and nurses. They need to spend time talking to other people as well.

Having interviewed Mothersbaugh, he soon disappeared into the crowd of people again. While enjoying the art, the music and the drinks, the scene of viewers walking about from picture to picture with a bounce resembled more of a classy party scene than a gallery opening reception.

While enjoying the art, we coincidently ran into one of Mothersbaugh’s co-workers, Albert Fox. He referred to Mark as a fun boss whom he described as being eclectic, inspiring and “good to watch while [he] writes stuff off of his head.” Fox also added that it was nice to finally see the pieces properly displayed.