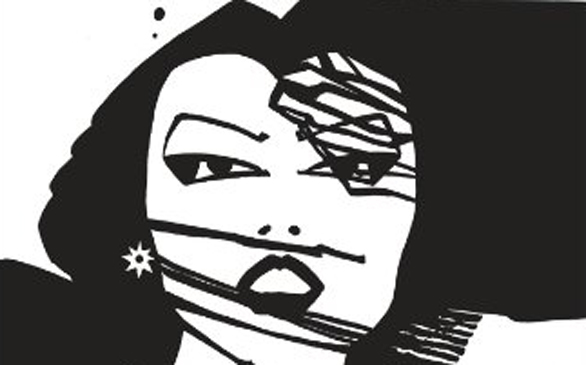 With the big screen sequel to Sin City on the horizon, Dark Horse has reissued Frank Miller’s iconic run of the graphic novels that started it all.

Book 3, The Big Fat Kill, has Miller starting to leave the noir plots of the earlier books and delving further into his own bizarro world of corrupt cops, deadly prostitutes and mercenaries. Dwight returns from A Dame to Kill For, after getting a new face in his quest for revenge on the ultimate femme fatale. This time he unknowingly gets a corrupt cop killed in Old Town, thus threatening the de facto treaty between the prostitutes and the police and inviting the mob to once again take over.

Book 4, That Yellow Bastard, will be familiar to fans of the first film adaptation. Detective John Hartigan, on the eve of retirement, rescues Nancy, an 11-year-old girl from a child predator, who turns out to be the son of the powerful and corrupt Senator Roark. To protect the girl, Hartigan confesses to a crime he didn’t commit. Eight years later, Hartigan is released on parole and goes to find the now grown-up Nancy. But a mysterious, menacing yellow-skinned man is tailing him.

Book 5, Family Values, is the slimmest entry in the series and also the most straightforward. Dwight is on a mission in the name of the Old Town girls to find out who carried out a hit in a roadside diner. Along the way, prostitute assassin Miho dispenses some of Miller’s trademark balletic violence. It’s a simple revenge story, but expertly executed.

These books also include bonus sections featuring pinups by various artists, such as Mike Mignola, and full color covers.